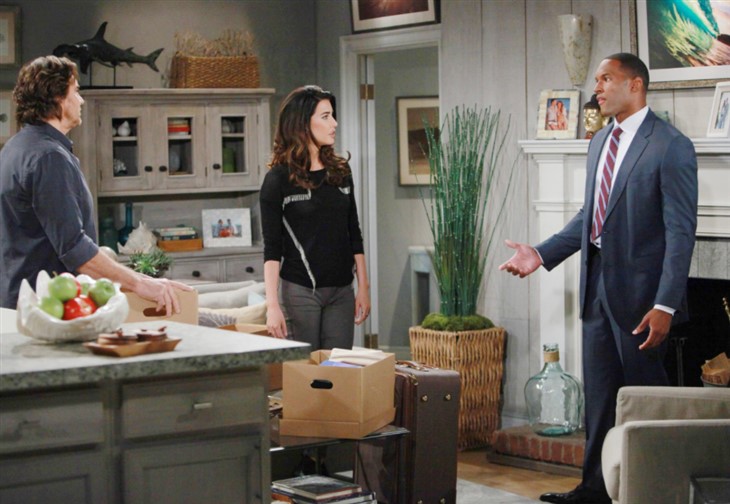 The Bold and the Beautiful (B&B) spoilers for the week of January 25 reveal that Ridge Forrester (Thorsten Kaye) will struggle with a dilemma. He already warned Carter Walton (Lawrence Saint-Victor) about Zoe Buckingham (Kiara Barnes). However, the COO insists on marrying her. Ridge knows Zoe’s game and is determined to prove she’s bad news. Can he stop Carter from making a huge mistake?

The Bold And The Beautiful Spoilers – Ridge Forrester’s Warning

B&B spoilers reveal that when Carter first started dating Zoe, Ridge gave his good friend a warning. Even though Carter believed she had changed for the better and Zoe was putting on a good act, Ridge wasn’t fooled. When Carter asks Ridge to be his best man at the wedding, he knows something has to be done. Carter isn’t just going to take his word for Zoe being a bad seed, he has to prove it.

Ridge already suspects that Zoe is playing games. He has a feeling that there is something going on between Zoe and Zende even though she’s engaged to Carter. He was just going to let the relationship fizzle out on its own, but then Carter moved her in. Ridge was worried, but hoped that living with the woman would clue Carter in. Unfortunately, it hasn’t and how Carter wants to get married right away. So, when Ridge catches Zoe coming on to Zende in a very obvious way, he knows that’s his chance to save his friend from making a huge mistake.

The Bold And The Beautiful Spoilers – Saving Carter Walton

The Bold and the Beautiful spoilers for the week of January 25 reveal that Ridge knows he has to stop Carter from marrying Zoe. He knows what he saw between Zoe and Zende, but how to break it to his friend? How does he let Carter know the truth about Zoe without completely crushing his spirit? And how to prepare for Zoe’s rebuttal. She has Carter wrapped around her little finger.

It is teased that Ridge will need to prove to Carter that what he’s saying is true. While he keeps a close on Zoe without letting her know he saw her seduction of Zende, Ridge might get some help. Zoe’s own sister, Paris Buckingham (Diamond White) knows information. While neither of them have solid proof such as pictures of video, Carter won’t be able to make excuses for Zoe if there are two people saying the same thing. Especially when one of them is Zoe’s own sister.

It is teased that when Carter finally hears the truth from Ridge and Paris, he will be heartbroken. He truly loved Zoe and wanted to make her dreams come true.

Be sure to catch up on everything happening with B&B right now. Come back here often for the Bold and the Beautiful spoilers, news, and updates.