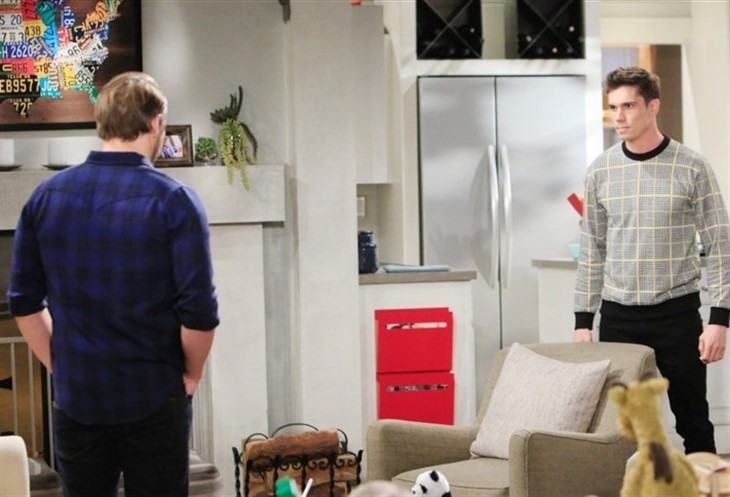 The Bold and the Beautiful (B&B) spoilers document that in Los Angeles John Finnegan (Tanner Novlan) sees through Liam Spencer (Scott Clifton). With the potential of Sinn having a baby, Finn is leaving no room for misinterpretation.

Liam understands Finn’s anger and agrees with it. However, he also knows the connection that’s shared with Steffy Forrester (Jacqueline MacInnes Wood), through Kelly Spencer (Avalon and Colette Gray), can only adjust so much no matter what the future holds for everyone.

The Bold And The Beautiful Spoilers – Steffy Forrester Is Apologetic

Steffy recognizes that she should not have allowed Liam to talk her into the Steam reconnect. Yes, she and Clifton’s character had a conversation the next day and then a subsequent one where they claimed to have no regrets. But that initial feeling has burned away after they’ve spoken to the people who are supposed to be the focus of their romantic lives.

Finn has taken the true high road, as was seen when he spoke with Steffy in Forrester Creations main office. He feels that Liam manipulated her with talk of Steam’s past and the potential for a revival.

B&B Spoilers – John Finnegan Wants To Be A Father

Steffy wronged Finn by betraying his trust. But Finn is choosing to see all the surrounding circumstances. He’s doing that because he’s head over heels in love with Steffy, which is causing him to tag Liam as the sole villain.

Finn and Steffy have recently been talking about becoming parents to one, or more children in the future. So, it’s ironic that what has happened might, or might not allow their shared hope to happen.

If Finn proves to be the father, Liam will be forced adjust to new cliff house rules. But if Liam is the dad, then Finn might not ever want to be at that setting again.

B&B’s excellent writing staff created a sharp line of dialogue for Novlan where he said that Liam isn’t the paragon of virtue that he presents himself as being. Finn was speaking for a segment of the audience that has long believed what he told Liam in no uncertain terms.

However, Liam was in a state of shock on the night in question. Later, at the cliff house, he and Steffy began drinking. Both factors and Steam’s history led to the infamous mistake being made. Now, Finn and Hope Spencer (Annika Noelle) are being forced to live in momentary limbo until the paternity test results are known.