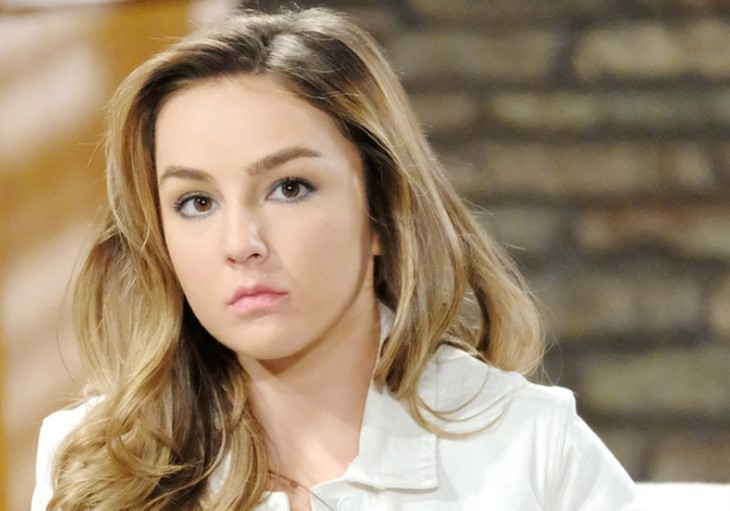 General Hospital Spoilers tease that both the Corinthos and the Davis families are going through some extremely difficult time right now. Mob boss Sonny Corinthos (Maurice Bernard) is missing and widely believed to dead. Meanwhile, Alexis Davis (Nancy Lee Grahn) has started drinking again, and has been arrested for drunk driving. One would think that all family members would be there to support each other during these troubled times. And yet, Sonny and Alexis’ daughter, Kristina Davis-Corinthos (Lexi Ainsworth) is nowhere to be found.

General Hospital Spoilers – Kristina Davis-Corinthos should be with her family right now!

While Kristina did make a brief appearance in Port Charles a few months ago for her grandfather Mike Corbin’s (Max Gail) funeral, that’s the only time the young woman has shown up for her family. While Kristina has never been the most responsible or mature person, she loves her family and would normally be there when times are tough, so what’s keeping her away from her family right now? The answer could be quite troubling.

GH Spoilers – Has Kristina Davis-Corinthos returned to Dawn of Day?

As viewers know, it wasn’t all long ago that Kristina joined Dawn of Day, the cult ran by Shiloh Archer (Coby Ryan McLaughlin) until his death at the hands of Kristina’s older sister, Samantha McCall (Kelly Monaco). While Kristina had been successfully deprogrammed by Dr. Neil Byrne (Joe Flanigan) not long before Shiloh’s death, it wouldn’t be all that surprising if she ended up reconnecting with the other Dawn of Day members. Kristina was understandably upset when Mike died, and was perhaps particularly vulnerable if she was contacted by the remaining Dawn of Day members.

General Hospital Spoilers – Daisy Kwan May Have Taken Over Dawn Of Day!

After Shiloh’s death, Dawn of Day member Daisy Kwan (Kelsey Wang) was still a member of the cult. She attended the memorial service for Shiloh that his widow, Nelle Benson (Chloe Lanier). Shiloh’s death didn’t seem to deter Daisy from believing in the Dawn of Day teachings. Perhaps after Mike died, Daisy reached out to a grieving Kristina. Although she would most likely be resistant at first, she could very easily be swayed to come back. And with Neil dead, it might be almost impossible for Kristina to even consider leaving the cult if she believes she belongs there.

Where do you think Kristina has been? Is she luring in the background, living her life? Or has she returned to Dawn of Day? Can she be saved once again or is she a lost cause? Anything can happen in Port Charles, so stay tuned to General Hospital airing weekdays on ABC. And don’t forget to check back right here regularly for all your General Hospital news, information and spoilers!