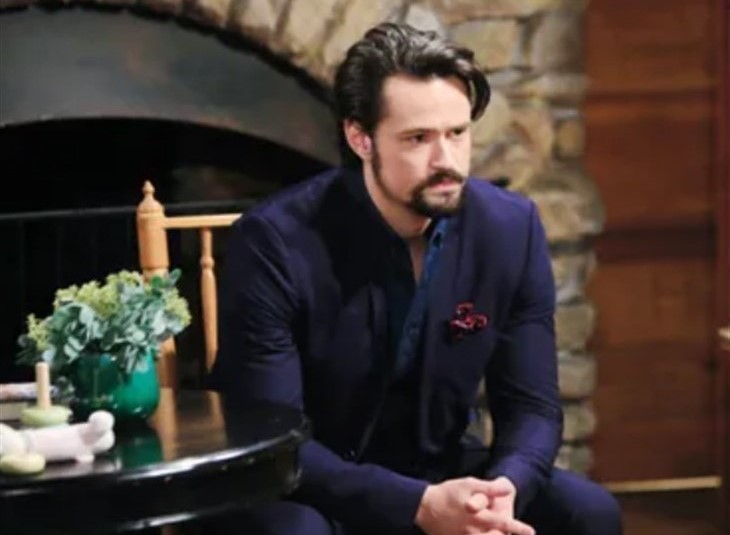 The Bold and the Beautiful (B&B) spoilers reveal that in Los Angeles Thomas Forrester (Matthew Atkinson) now knows that Liam Spencer (Scott Clifton) slept with Steffy Forrester (Jacqueline MacInnes Wood). It is hinted that there will be a paternity switch, but maybe Steffy, Liam and John Finnegan (Tanner Novlan) aren’t responsible. Could it end up being Thomas?

The Bold And The Beautiful Spoilers – Long Storyline Teased

B&B spoilers reveal that head writer and executive producer Bradley Bell previously told Soap Opera Digest that the paternity storyline would last through the year. So, it doesn’t sound like Steffy’s paternity test will be the end. In fact, Bell’s father told him a long time ago that good soap storylines last at least eight months. Since this is such a huge focus for the show right now, don’t expect the conclusion to air until we get close to the end of 2021.

Now, there is speculation that the paternity test will be switched. But what if it’s not by Steffy, Liam or even Finn? What if it’s someone else?

On Tuesday’s episode, Thomas walked in on Steffy and Finn talking about the pregnancy and paternity. He wanted to know what was going on, but Finn made it clear it was a private conversation. He went ahead and left, but then overheard Liam and Hope Logan (Annika Noelle) talking. That is when he realized that Liam cheated on his wife and weasled himself back into Steffy’s bed once again.

The Bold And The Beautiful Spoilers – Still Wants Hope Logan

The Bold and the Beautiful spoilers reveal that Thomas is allegedly a changed man. Even though he is no longer obsessed with Hope, he admits that he still loves her. So, if he gets a change to secure his future with her, Thomas just might take it. With the paternity test determining Liam and Hope’s future, could he actually find a way to switch the results?

If Liam is shown as the father of Steffy’s baby, Hope would leave her husband. It would allow Thomas to continue being there for Hope and comforting her. Eventually, Thomas and Hope could get together, which is all the manipulator has wanted for so long.

Thomas never really thinks about how his schemes will hurt other people. This includes his sister. Steffy and Finn are together now and both want a future together. Even though Finn will try to be there for Steffy if Liam is the father, that’s easier said than done. It could actually rip them apart while Thomas gets the woman of his dreams. However, it will be a love built on lies and in soaps, the truth always comes out in the end.