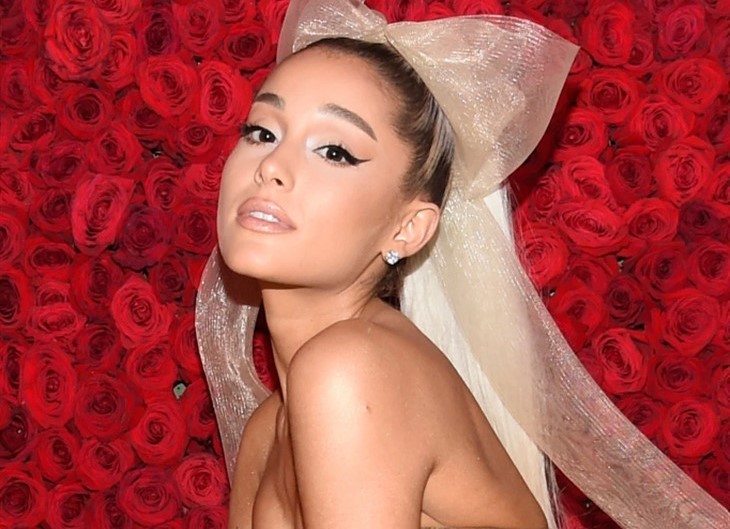 The low-key couple who have kept their relationship mostly out of the public eye confirmed their relationship in May when the two appeared together in Grande and Justin Bieber’s quarantine music video for their duet, “Stuck with U.”

Grande was first linked with the successful real estate agent after being spotted in a bar last March before going on to share subtle hints of their relationship on social media.

They finally announced their engagement last December, with a picture captioned “forever n then some,” of the pair snuggled up on the floor in the sweet polaroid-style shots.

The couple who began dating in 2020 used the pandemic to get to know each other. They had been quarantining together at Grande’s Los Angeles home since the beginning of the COVID-19 crisis.

The couple have been quarantining together since the beginning of the pandemic, and have gotten to know each other away from the limelight.

A source had revealed, “[Ariana] is very serious about self-distancing and has been with the same group of people for days. One of the people she is with right now is Dalton.”

Grande whose love life has always been in the tabloids, was able to keep her relationship with Gomez quite hush-hush due to the pandemic.

According to sources, the couple initially spent time together at Grande’s New York apartment during which time Grande “realized he is very special,” subsequently moving in with Gomez when he returned to Los Angeles for work.

Though this is Grande’s first public relationship since she ended her engagement with Saturday Night Live star, Pete Davidson, the “thank u,next” singer and Gomez – who is not from the entertainment, have chosen to keep the majority of their relationship private, with the couple getting to “know each other in peace.”

A source revealed that Grande’s family is over the moon about the relationship, and that the couple want their wedding ceremony to be a private and intimate celebration

With their wedding planning currently underway, it’s been reported that the pair want to a small and intimate celebration soon. A source revealed, “They both do not want a huge extravagant event, so they are figuring out what their options are for an intimate ceremony.”

The insider added, “[Grande] been very respectful and tries not to share a lot about their relationship but it comes with the territory when you are dating a celeb.[But] Dalton treats Ariana like a queen and they have a lot of fun together.”

The source also revealed that Grande’s family is over the moon about her new relationship, Ari’s family is very happy. Everyone loves Dalton. He is great for Ari. This phase of her life has been very quiet and uneventful in a good way. They are very happy that she is marrying Dalton.”