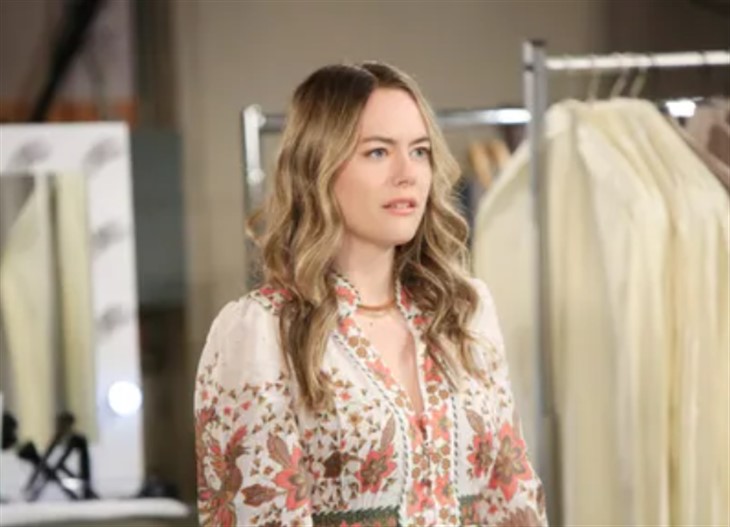 B&B spoilers for the week of March 8 reveal that Paris Buckingham (Diamond White) really wants to take it slow with Zende Forrester (Delon de Metz). However, she finds herself quickly falling madly in love after their getaway weekend. However, don’t expect Zoe Buckingham (Kiara Barnes) to be happy about it.

Meanwhile, a once-promising romance will suddenly come to an end. Could this be Carter Walton (Lawrence Saint-Victor) and Zoe? Will it be Liam and Hope? Or could it actually be Finn and Steffy?

On Tuesday’s episode, Thomas Forrester (Matthew Atkinson) will continue to interrogate Vinny about the paternity test. When the drug dealer turned lab tech doubles down on his claim, Thomas will get even more suspicious. He is connecting the dots but he just can’t prove it. The two will end up getting into a fight over it.

Vinny and Thomas aren’t the only characters arguing, though. Zoe finds out about Zende and Paris’ romantic weekend together. Not getting her way with Carter, she will once again target her little sister and lashes out.

The Bold and the Beautiful spoilers for Wednesday, March 10 reveal that Steffy makes a shocking decision. She floors Ridge Forrester (Thorsten Kaye) by deciding to transfer to the Paris division and she’s going without Finn. It seems that she just can’t take the fighting between Liam and Finn anymore. Dr. Campbell (Tina Huang) has already warned her about how stress levels will affect the baby, so this likely factors into her decision to leave until the baby is born.

As for Hope, she will still be heartbroken over Liam’s betrayal. She leans on Brooke Logan Forrester (Katherine Kelly Lang) for support. Will Brooke finally stop telling her daughter to take back the Waffle King?

Also, Finn will find himself smack in the middle of Thomas and Vinny’s war.

On Thursday, Finn could find out the truth about Steffy’s baby paternity. Realizing that Steffy is getting ready to leave L.A., he races to catch the plane. However, will he get there in time or could he lose the woman he loves (and his baby) forever?

The Bold And The Beautiful Spoilers: Zoe Buckingham Tears Into Her Sister, Blaming Her For Her Relationship Disasters #BB #boldandBeautifulhttps://t.co/h6vu5PQ9Cg

Thomas will tell Hope about the vicious fight he had with Vinny. As she hears his story, she becomes increasingly concerned. Will she learn the truth about Steffy’s baby daddy? Or is her concern about something else?

“Sinn” fans, get ready for a magical moment because Finn ends up reuniting with Steffy! He begs her not to give up on their love. It is teased that Steffy just might learn the truth about the paternity test.