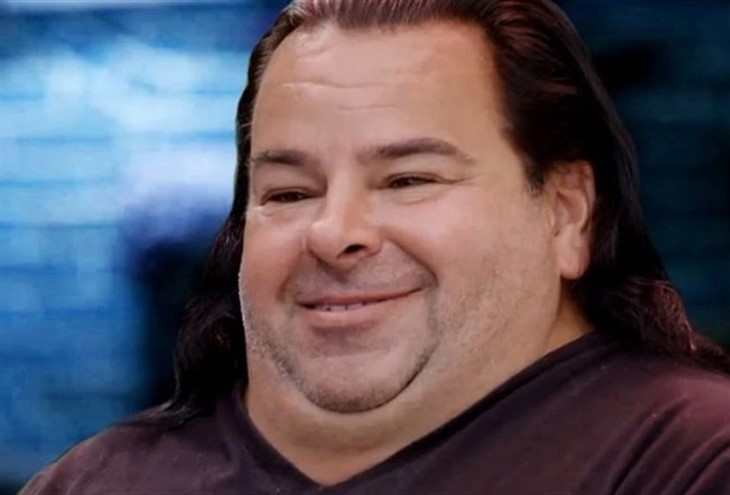 90 Day Fiancé spoilers and updates reveal many 90 Day Fiancé fans found Big Ed Brown to be a cringe-worthy cast member but his launch to fame is apparently paying off.

90 Day Fiancé star Big Ed Brown has dubbed himself the “Cameo king” on his Instagram bio. While this may surprise fans of the TLC reality show, it seems he is right. In fact, he is ranked one of the top earners on the Cameo video app.

90 Day Fiancé fans will recall Big Ed Brown’s fated relationship with the young Filipina, Rose Vega. He flew to the Philippines to be with Rose, but went on to constantly lie to, and humiliate the young single mother-of-one. While the heavily criticized relationship didn’t last, Ed has been taking advantage of his fame from the TLC show and is making a good living from it.

One way Big Ed is making money is by selling products like candles and t-shirts, each branded with his face. However, while the t-shirts earn Ed $26.50 each, this isn’t how he is raking in the dough. It turns out the notorious 90 Day Fiancé star makes more than $100,000 by doing Cameo requests.

Following the split from Big Ed, Rose went on to make a name for herself. She had a makeover that astonished fans with her new super-model looks and started a YouTube channel which draws thousands of views. In fact, Rose has made so much money she was recently able to buy her own home, where she, her father and her son, Prince each have their own rooms.

As for Big Ed, despite the hate he gets from many 90 Day Fiancé fans, he is also doing fine, thank you. In fact, his Cameo page is fetching him tens of thousands of dollars. How, you ask?

On Big Ed’s Cameo page, he offers fans relationship advice, while dancing in various crazy costumes, at an advertized price of $56.58. Among his costumes are Nacho Libre, a dinosaur and Elvis and he obviously doesn’t feel embarrassed while giving the moves. For anyone whose budget has been impacted by the pandemic, they can enjoy simple chat with Ed for $4.09.

Big Ed’s prices are so reasonable, this begs the question of how he has earned more than $100,000. However, reading his reviews makes it clear that he is popular on Cameo. Ed has received an amazing 1,467 reviews at the time of writing. On top of this, his customers give him a 5-star rating.

One latest review reads: “Amazing! Big Ed you made our day. All the way in London with tea and beer. Whilst Birgitte is now dressing as a Viking and dancing (Dam Alexa).” Another fan requested a Cameo for their mom. They wrote, “Thanks so much Big Ed for the awesome cameo! Our mom absolutely loved it and you went above and beyond with the small amount of info we provided. We were all laughing so hard. Really appreciate the effort! Highly recommend :)”

90 Day Fiancé Spoilers: Is Mike With Natalie Just for The TLC Paycheck?https://t.co/jHTTMsf5aR

Another review reads, “YOURE THE BEST!! thanks for making them laugh, I appreciate you tons!” Yet another 5-star reviewer wrote, “Great video and very detailed. My Mom loved it, thank you for making her month!”

While many 90 Day Fiancé fans might still have negative thoughts about Big Ed, he is certainly doing something right. According to Business Insider, Big Ed is ranked in the top ten highest earning stars on the video app. In fact, he is ranked as 8th and shares the list with Chuck Norris and Snoop Dogg.

Despite his lies and his treatment of Rose Vega on 90 Day Fiancé we wish Big Ed Brown all the best in his online money making endeavors.