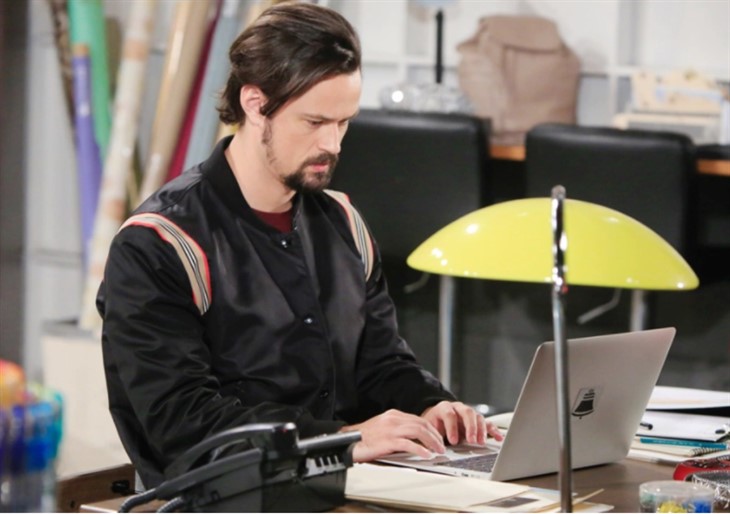 The Bold and the Beautiful (B&B) spoilers document that in Los Angeles Thomas Forrester’s (Matthew Atkinson) efforts are being made in an effort to force the truth into the open. In a total reversal of who he once was, Thomas is pressuring his childhood friend, Vincent Walker (Joe LoCicero), about a paternity test that appears to have been altered. The results tagged Liam Spencer (Scott Clifton) as an expectant father.

Buzz indicates that Vinny is guilty, which means that Liam is not the father of Steffy Forrester’s (Jacqueline MacInnes Wood) baby. So, if Thomas successfully forces the truth out of Vinny, Lope could be less likely to split. That is the exact opposite effort that Thomas was pursuing before his subdural hematoma was diagnosed and addressed through emergency surgery.

The Bold And The Beautiful Spoilers – Hope Spencer’s Feelings Shifting?

The audience can see that Hope Spencer (Annika Noelle) has come to appreciate who Thomas is becoming. This goes beyond her recognition of his commitment to their child, Douglas Forrester (Henry Samiri).

So, there is no simple answer as to whether Hope will develop romantic feelings for Thomas. But it can be assumed that his unique place in her life makes that possible, where it otherwise might not have been and regardless of their contentious history to-date.

Liam has created his own personal prison. He is fully genuine when saying, not claiming, to be deeply sorry for the hurt he’s caused Hope.

The incredible inconsistency he’s offered to Hope and Steffy through the years isn’t what a stable significant other and eventual husband should ever project. Yet, Liam’s flighty nature is what both ladies have come to expect.

Steffy has moved on with John Finnegan (Tanner Novlan), who projects as the revealed, real father of the baby she’s set to deliver next summer. But Liam hasn’t and might not be able to redeem himself in Hope’s heart because of the seeming pattern he continued through the cliff house incident, which led to Steffy believing that he could be the father of her child.

The Bold And The Beautiful Spoilers – Thomas Forrester Is Doing Good

Seeing Thomas press on an issue in the past would be a reason for Hope to be concerned. But this time his efforts to pressure Vinny are intended to do good.

Drama is projected between Thomas, Vinny, and Finn. Whatever happens can result in Thomas being the good guy this time around, as long as he uses the truth to help those he cares most about.