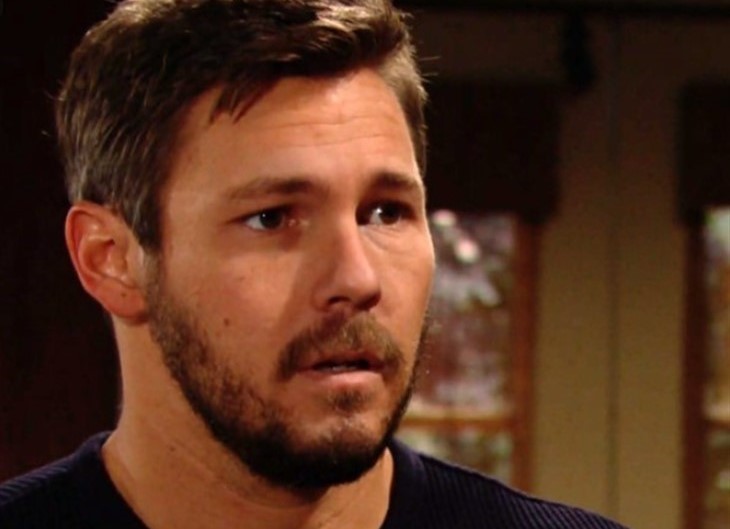 The Bold and the Beautiful spoilers document that Liam Spencer (Scott Clifton) accepted his dad’s advice. He didn’t turn himself in to the authorities but waited the recommended 24 hours to reconsider. But after he and Hope Spencer (Annika Noelle) hashed it out, Liam confesses.

This next step in B&B’s thriller storyline has major implications, as Liam projects to being questioned, arrested, and put in jail. His admission to the hit-and-run death of Vincent Walker (Joe LoCicero) will be presented truthfully, as an accident.

But delaying the report of what happened, past the time when it did, puts Liam’s claim into natural doubt.

The Bold And The Beautiful Spoilers – Hope Spencer Devastated By Choice

Bill Spencer (Don Diamont) believed that Liam would realize the consequences of confessing were too heavy during the requested one-day pause. That didn’t happen.

B&B fans saw that Hope was actually more swayed than Liam by the time delay, as she recognized what Bill was urging. She and the children would have their lives disrupted for an unknown period of time if he turned himself in.

Hope wasn’t cold regarding Vinny’s death like Bill is. But she did question what would be gained by Liam confessing, as compared to continuing to remain silent.

Liam has been very emotional for many weeks. He thought moving back into the cabin might offer some solace, but that didn’t materialize.

Being with Hope and their children didn’t create a solution. Vinny was dead. Liam believes that happened because he hit him with Bill’s car and justice must be served.

Vinny’s parents, his girlfriend, and Thomas Forrester (Matthew Atkinson) deserve answers and closure. The only way to make that happen is to go to Deputy Chief Bradley Baker (Dan Martin) and tell the truth.

The Bold And The Beautiful Comings And Goings: A Doc Is Back, A New Cop & A Fan Favorite Returnshttps://t.co/KWa3qQugcA

The Bold And The Beautiful Spoilers – Bill Spencer Pursues Another Angle

Bill won’t go down without a fight. He’ll try to ease Liam’s legal burden by telling the Deputy Chief his version of what happened on Mulholland Drive.

Diamont’s character will attempt to take full blame. He’ll detail what led up to the moment of impact and Liam’s unconscious state.

However, Martin’s character won’t be able to release Liam because Bill wants to shield his son from blame. Liam became an accomplice and that is a crime that must be punished, as Bill stands to be as well.