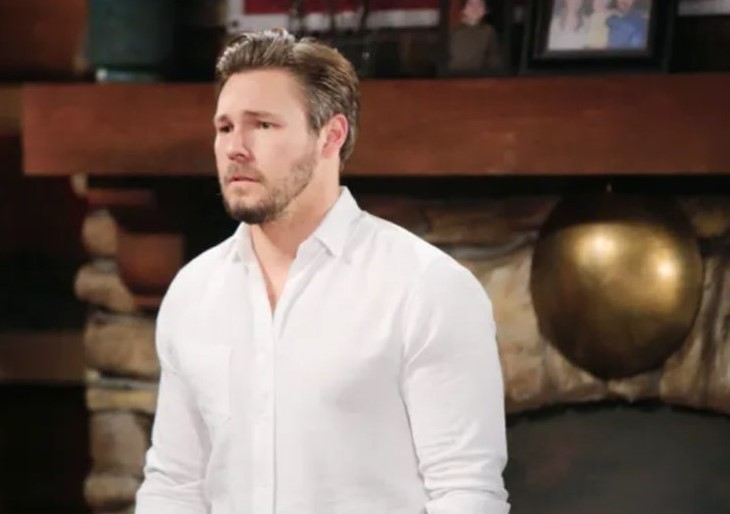 The Bold and the Beautiful (B&B) spoilers for the week of May 17 reveal that Liam Spencer (Scott Clifton) will try to deal with his guilt. He will come up with the idea that his guilt will be eased if he apologizes. So, he makes a bizarre apology to Thomas Forrester (Matthew Atkinson). However, this only leads to Thomas’s explosive confrontation with Bill Spencer (Don Diamont).

The Bold And The Beautiful Spoilers – Liam Spencer’s Guilt

B&B spoilers reveal that Liam is dealing with his overwhelming guilt over what happened to Vinny Walker (Joe LoCicero). Liam understands that Bill has gone to extremes to cover up the hit-and-run. However, he also knows that he can’t just pretend that everything is fine and move on with his life. Bill hopes that Liam can just forget about that night and enjoy being reconciled with Hope Logan Spencer (Annika Noelle). For Liam, that will never happen until he lets go of the guilt. The only way for that to happen is for him to confess what he did that night.

Liam knows that he can’t confess the whole truth without risking both his own freedom as well as Bill’s. So, he tries to come up with a compromise. During the week of May 17, Liam will make a bizarre apology to Thomas. Even though he is trying to do the right thing without exposing the murder or cover-up, it will have an explosive outcome.

The Bold And The Beautiful Spoilers – Thomas Forrester Tipped Off

The Bold and the Beautiful spoilers reveal that the bizarre apology sets off alarm bells for Thomas. He will end up getting the idea that Liam knows the truth about who killed Vinny. Thomas has made a vow to bring Vinny’s killer to justice. It seems that Liam’s apology won’t expose his own guilt. For some reason, it does lead Thomas to confront Bill and make a bold accusation. It will also make Hope question Liam some more and have her wondering why Liam is so hung up on losing everything.

It is confirmed that Thomas confronts Bill and things go from bad to worse. Thomas will fire off allegations at Bill and it seems to stem from Liam’s odd apology. Meanwhile, Wyatt Spencer (Darin Brooks) will try to neutralize the situation. However, Bill just might come right out and make a shocking claim. In order to protect Liam — and tired of the situation snowballing — could Bill say he is the one that killed Vinny that night? We know that Bill will take drastic action and go even further to save Liam. We will have to keep watching the CBS soap to see how this story ends.