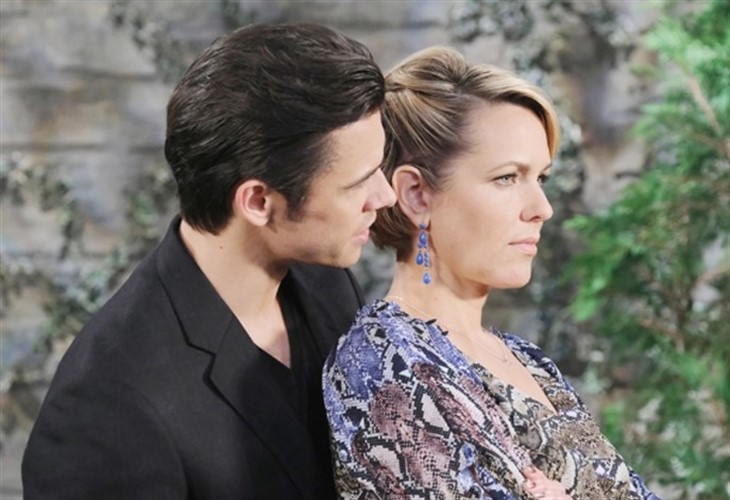 Days of Our Lives (DOOL) spoilers reveal that Xander Kiriakis (Paul Telfer) is pleased with himself. He considers sleeping with Nicole Walker Brady (Arianne Zucker) a trophy. He considers it revenge on Eric Brady (Greg Vaughan). He’s not going to want to keep the one-night stand a secret. Would he actually make sure that Eric finds out that Nicole cheated on him?

DOOL spoilers reveal that Nicole got drunk with Xander and then made the mistake of going up to his room at the Salem Inn. The two ended up drinking some more and then they ended up in bed together. In fact, Nicole ripped off Xander’s shirt, which he found surprising. The next morning, Xander was quite pleased with how the night went. Meanwhile, Nicole was horrified to realize that she cheated on Eric. What’s even worse is who she cheated with.

In the new issue of Soap Opera Digest, Telfer explained that Xander is so giddy about how the night went. Lately, things haven’t been going well for him at all. It all started with him telling off Victor Kiriakis (John Aniston). He might have just found another job after that, but then Kristen DiMera (Stacy Haiduk) impersonated Sarah Horton (Linsey Godfrey). Once Xander lost “Sarah,” everything changed.

Days Of Our Lives Spoilers – Revenge On Eric Brady

Days of Our Lives spoilers reveal that Telfer explained why Xander is so pleased about the one-night stand to SOD.

“With all the history they’ve [Xander and Nicole] had, and as much as she represents a real trophy to him in his pre-Sarah mind, there’s also just the sheer, luxurious vengeance on Eric, who he despises. So, Xander is very, very happy about it.”

Days Of Our Lives (DOOL) Spoilers Wednesday, May 14: Lucas Is In Big Trouble, Nicole's Mistakehttps://t.co/u4N4lYkpUs

Even though Nicole will want Xander to keep their one-night stand a secret, that will end up costing her. Xander is desperate for money right now. His previous blackmail attempts have failed. He will also fail to complete Kristen’s assassination job and gets scammed by Sami Brady (Alison Sweeney).

So, this must be where the employment blackmail comes in. If Nicole doesn’t want Eric or Rafe Hernandez (Galen Gering) to find out the truth, he needs money. He would prefer to gloat to Eric, but he is officially out of funds. A one-time payment isn’t going to cut it, either. Xander needs regular income and Nicole runs Basic Black. Will she end up giving Xander what he wants? Or will it be much easier for her to just bite the bullet and let everyone find out what she did? We will have to keep watching the NBC soap to see how this story ends.