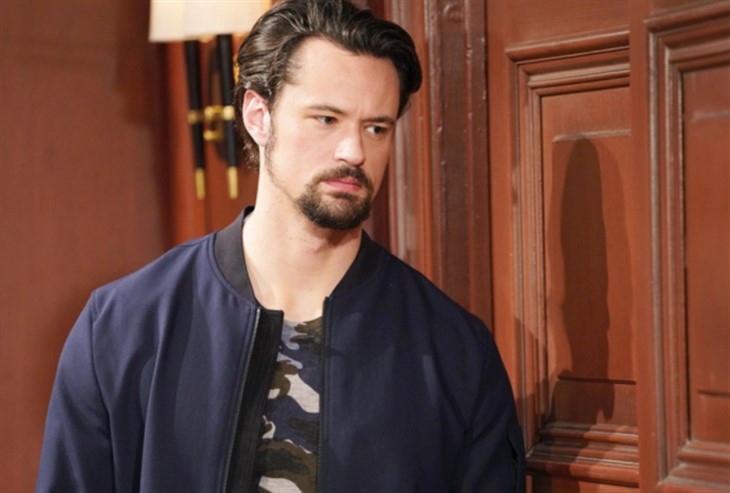 The Bold and the Beautiful (B&B) spoilers reveal that in Los Angeles Brooke Logan Forrester (Katherine Kelly Lang) is desperate. Convinced that Thomas Forrester (Matthew Atkinson) is moving in on Hope Logan (Annika Noelle), she concocts an extreme scheme. Could Brooke convince Liam to do the unthinkable, saying it’s the only way to save Hope?

The Bold And The Beautiful Spoilers – Brooke Logan Forrester’s Desperation

B&B spoilers reveal that Brooke kept insisting that Hope forgive Liam and they work on their marriage. It’s bad enough that Brooke’s not letting her grown daughter make her own decisions about her relationships. However, it’s even worse that Brooke expects Hope to just keep forgiving betrayal after betrayal. She’s a human being, not a doormat. As “Lope” continues to be separated, Hope and Thomas will get closer. This terrifies Brooke and she is convinced that this is all part of Thomas’ plan.

We know that Brook and Ridge Forrester (Thorsten Kaye) disagree about Thomas. While Ridge is pleased that his son is finally doing the right thing, Brooke doesn’t believe his story. She is sure that Thomas had a hand in the paternity switch. It doesn’t matter what Thomas says or does, nothing will ever convince her that he’s changed. It will cause conflict between “Bridge,” which will only get worse in the weeks ahead.

The Bold And The Beautiful Spoilers – Unexpected New Villain?

The Bold and the Beautiful spoilers reveal that Thomas is a good guy now. So, that means there needs to be a new villain. Vinny Walker (Joe LoCicero) won’t be seen much in the future, if at all. In fact, it is speculated he might be the murder victim. Quinn Forrester (Rena Sofer) seems to have put her manipulations aside, at least for the time being. Shauna Fulton (Denise Richards) is focused on her daughter’s engagement. As for Zoe Buckingham (Kiara Barnes), her schemes are directed at her sister. So, could Brooke and Thomas be switching roles?

Brooke does go to Liam and pleads with him to do something before it’s too late. She knows that Thomas moving in on Hope would be Liam’s worst nightmare. Everything they went through with Thomas before will come flooding back into his mind. If she applies just enough pressure and gets him panicked, he would probably do anything. It would be just like Brooke to already come up with a plan and then tell Liam that it’s “the only way” to save Hope. He has no reason not to trust Brooke and just might do what she says.

However, when a body is found next week, it could put Liam in a tough spot. While he would do anything to “save” Hope from Thomas, he’s also not good at keeping secrets or lying. He also might assume that Brooke committed murder while she thinks he did it. Head writer Bradley Bell told Soap Opera Digest that that murder mystery will be a complex storyline and to expect a lot of twists, turns, as well as some surprises. So, we will have to keep watching to see what happens next.