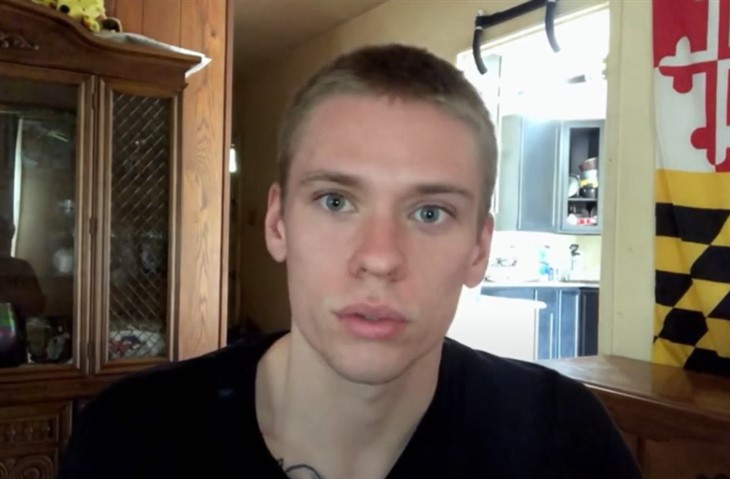 90 Day Fiancé star Steven Frend and Olga featured in Season 6 on TLC. In 2018, fans saw Steven preparing to go to Russia. Steven and Olga Koshimbetova later welcomed their baby boy Richie Alex. And fans seemed a bit shocked that Steven felt he didn’t get enough attention from her after the baby arrived. But, Russia looked interesting. However, TLC cut out some footage that might have made fans think Steven was quite brave for visiting the country.

Sometimes, Olga talks about home and she clearly misses the country. Recently, Steven posted up on Instagram about how he also liked the place. It came when he shared a photo of himself eating Russian cuisine last week. Maybe one day, when everything settles down with the coronavirus, they can get back there and show Richie some of his heritage. Fans might recall that Olga visited the USA in 2017 and that’s when they met up. But a lot of the TLC show revealed them together in Russia.

Russia can be a hard place, and a horrific story emerged about Olga that didn’t feature on 90 Day Fiance. A Russian news outlet carried the story of how her parents tried releasing her older sister from demonic possession. Unfortunately, their shocking ritual meant they end up killing her and Olga went to an orphanage. For Americans, it might have been just too much to take. For the same reason, that might account for why they also cut footage that Steven revealed on Saturday, March 27.

With the way Washington DC is currently surrounded by troops and fences, perhaps Steven Frend felt that 90 Day Fiance fans might not react with horror to the footage that he shared. You see, his footage revealed tanks, soldiers, and even a military helicopter in a city. In the USA, troops in the city of Washington DC came after the infamous January 6, 2020 protest that still remains a huge topic in the States to this day. 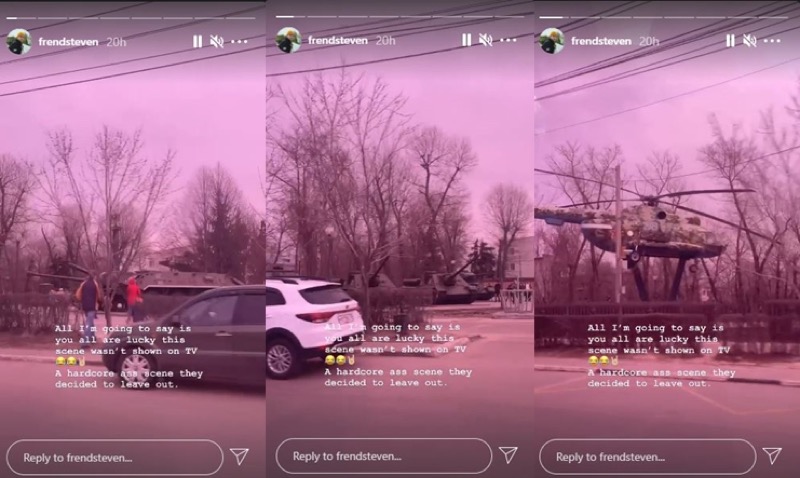 Well, in 2017 and part of 2018, Russia also experienced a lot of protests about government corruption. And that might account for the large numbers of military personnel. Taking to his Instagram Stories, the 90 Day Fiance star captioned his clips with, “All I am going to say is you all are lucky this wasn’t shown on TV.” Then he noted, “A hardc-re a– scene they decided to leave out.” Well, it certainly looked a bit scary, and Steven Frend’s right, nothing like that appeared in their season.

What are your thoughts on TLC cutting out those hectic military scenes?

Remember to check back with us often for more spoilers, news and updates about Steven Frend and Olga from TLC’s 90 Day Fiancé.