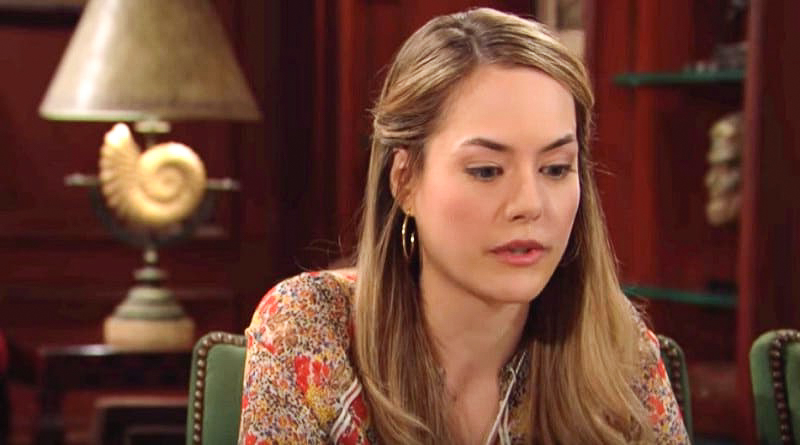 The Bold and the Beautiful (B&B) spoilers reveal that in Los Angeles Hope Logan (Annika Noelle) agrees to go on a date with Liam Spencer (Scott Clifton). However, he never shows up. At first, she is worried but eventually, he appears. However, his behavior suggests he’s keeping another secret. What would make him risk losing his second chance and has he blown it with Hope for good?

The Bold And The Beautiful Spoilers – Relentless Begging And Promises

B&B spoilers reveal that ever since Liam cheated on Hope, he has begged for another chance. He has made all kinds of promises and even if she can’t forgive him yet, he wanted to keep the marriage intact. His goal was that they would stay together and work on their issues in the meantime. However, Hope decided that she wanted to separate. Liam hasn’t given up and is determined to save his marriage.

During the week of April 5, Hope will give Liam the indication that there is still a chance for them. She agrees to go out on a date with him. Liam knows that this is his second chance. He plans on proving that their relationship is worth fighting for. What Liam doesn’t know is Hope has been questioning the separation later. At the same time, she knows it would be foolish for her to tell him that. Liam needs to fight for their family instead of Hope making things so easy for him.

The Bold And The Beautiful Spoilers – Liam Spencer A No-Show

The Bold and the Beautiful spoilers reveal that the date doesn’t exactly go as planned. Hope gets dressed up and shows up at the restaurant for their lunch date. She waits and waits, then waits some more. At some point, she probably tries calling or texting Liam. However, it appears that she’s been stood up. Hope knows that Liam wouldn’t miss their date unless something happened, so then the worry starts to kick in. Eventually, she learns that Liam is perfectly fine. So, what is his excuse for standing her up?

When Hope questions Liam about what made him miss their date, he probably doesn’t know what to say. He will likely come up with a vague excuse but Liam’s never been a good liar. She will be able to tell that he’s keeping yet another secret from her. While she wants to know what he’s hiding, another part of her might not care. This was his shot with her. It was his second chance. He just blows her off and refuses to tell her why?

Meanwhile, it is teased that a dead body is found and investigators are at the crime scene. Could Liam not showing up for the date be connected to the murder? Is that why he doesn’t want to explain where he was? Or is it just being made to look that way?