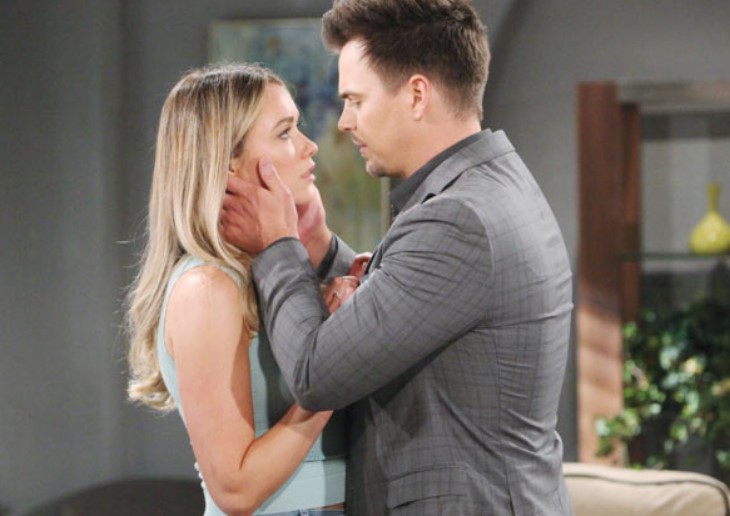 The Bold and the Beautiful (B&B) spoilers document that in Los Angeles Flo Fulton (Katrina Bowden) was thrilled twice. Her aunts offered her the Logan name. Then, Wyatt Spencer (Darin Brooks) asked Flo to marry him.

Naturally, Flo is flying high above the lush California landscape when she approaches Hope Spencer (Annika Noelle). This comes just after the two thrillers happened. So, Flo won’t be expecting Hope’s fierce response.

The Bold And The Beautiful Spoilers – Flo Fulton Becomes A Logan And A Spencer?

Flo gained the ability to change her last name from Fulton to Logan, or to add Logan after the full name that her mother gave her. It would be most respectful for Flo to retain the Fulton moniker. Shauna Fulton (Denise Richards) is the only parent Bowden’s character has ever known.

Shauna is obviously close with her daughter. She gave her both names because Storm Logan (William deVry) wasn’t able to be part of the decision-making process. That wasn’t Shauna’s intent, but rather a product of her not knowing Storm was the dad.

Flo and Wyatt plan to get married. Flo could ask her mother to serve in all capacities if the nuptials were small or she could ask someone else to be her bridesmaid, which assumes a larger affair will be held.

However, Hope hasn’t forgotten that Flo was the person who posed as Beth Spencer’s (Madeline Valdez and River Davidson) mother. That happened when Reese Buckingham (Wayne Brady) stole Beth from Hope and Liam Spencer (Scott Clifton) on Catalina Island after the deceptive doctor delivered her.

Flo didn’t know the entire story, only learning about her significant other’s duplicity after the fact. Bowden’s character also came to know that she was Hope’s cousin via the paternity reveal. But Flo believes that’s all ancient history, which makes Hope a bridesmaid candidate.

The Bold And The Beautiful Spoilers: Murder Mystery Turns Into Complex Story, Lots Of Twists And Turnshttps://t.co/YsVWtrOh9l

Hope will respond badly to Flo’s heartfelt request, assuming it is the bridesmaid ask or whatever other genuine family extension. But that has little to do with the Beth isn’t Phoebe Forrester storyline now. Instead, it relates to Liam’s betrayal.

Flo’s request will be made at the wrong point in time. Hope will flashback to the unfortunate and unknowing role Flo played in Reese’s crime.

Hopefully all will eventually work out for the best, as Flo is family. Brooke Logan Forrester (Katherine Kelly Lang) should also prove helpful moving forward.