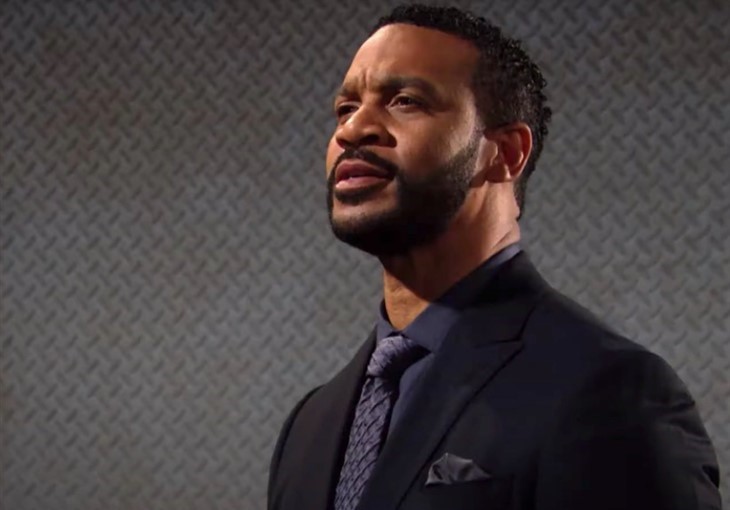 The Bold and the Beautiful spoilers document that Justin Barber (Aaron Spears) planned to take advantage of Bill Spencer’s (Don Diamont) stupid behavior that’s resulted in a prison stay for him and Liam Spencer (Scott Clifton). But Dollar Bill’s sidekick didn’t know that Thomas Forrester (Matthew Atkinson) would be part of the picture.

Thomas’ presence in the Forrester Creations’ design room was unfortunate. Spears’ apparently departing character was written there as well, which was unusual. But, as soap fans know, that meeting had to happen to push this storyline to the next level.

The Bold And The Beautiful Spoilers – Hope Spencer Intervenes

This headline is the real kicker, as teasers indicate that Hope Spencer (Annika Noelle) stands to play a major role in resolving the hostage hold. Yes, that’s what Thomas is. He’s Justin’s unwanted hostage.

Hope’s awareness of Justin’s unusual behavior is apparently going to lead her to where Thomas is being held against his will. This projection hasn’t been confirmed, but would make sense.

Hope is the key character who is connected to both Liam and Thomas. It would be plausible to have her become wise to what’s going on, hear the truth that Vincent Walker (Joe LoCicero) eerily sent to Thomas, and then help to free Atkinson’s endangered character.

B&B Spoilers – What Options Does Justin Barber Have?

The endgame for Justin could be Thomas’ elimination. But Justin isn’t a killer or known to have been one. Instead, he, like Thomas, is just a guy who became disgusted with Bill’s antics.

Justin is conflicted because Thomas’ capture and confinement creates a major distraction. Plotting the takeover of Spencer Publications is a heavy task. Having to determine what to do with Thomas was not part of the opportunistic plan Justin just set into motion.

So, Bill’s fixer is facing the possibility of keeping Thomas fed indefinitely, while hoping that he doesn’t find a way to escape.

The Bold And The Beautiful Spoilers – Thomas Forrester Will Get Out

Common sense and daytime viewing experience informs the fan’s minds. So, they know that Spears appears to be regrettably playing out his last scenes on B&B, if not for awhile, then forever.

However, there is no known news that indicates Atkinson is leaving the cast. Assuming this actor is staying means that Thomas will get out, the truth will be told, Liam and even Diamont’s character will be freed, and Justin will have allowed himself to have been manipulated by Dollar Bill’s terrible behavior one more time.