The Bold And The Beautiful (B&B) Spoilers: Thomas, Justin, Vinny – Do ‘Bad Guys’ Ever Change? 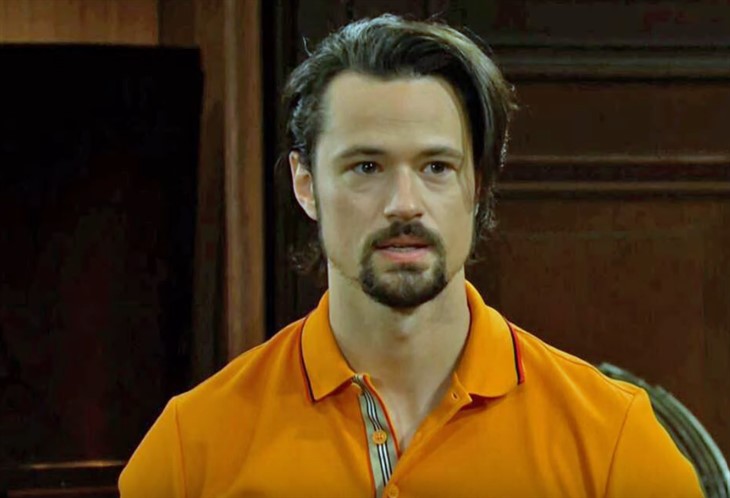 The Bold and The Beautiful Spoilers (B&B) and updates are hinting that because of Thomas Forrester, ( Matthew Atkinson ) the murder charges against Liam Spencer (Scott Clifton ) can now be dropped. But we seasoned fans suspect that that is not going to happen any time soon. Thomas Forrester has found out that Vinny Walker ( Joe LoCicero ) committed suicide and he has the “receipts” to prove it as Vinny’s phone videoed confession clearly shows. If there are any questions as to Thomas Forrester’s character, and what he would have done with the information he has in his possession, those questions have been answered. Thomas who was previously known as a “bad guy” has changed. He was about to do the noble thing, by taking the news to the police but a “Justin Barber sucker punch” stopped him “cold” in his tracks. What will happen to Thomas now…? Will he survive Justin’s hunger for power?

The Bold And The Beautiful  – Some “Bad Guys” Won’t Change!

The Bold and Beautiful (B&B) spoilers and updates are saying Justin Barber (Aaron D. Spears) will say goodbye after a long run on The Bold and The Beautiful (B&B) Soap. They remind us that down through the years Justin Barber, Attorney to Dollar Bill Spencer ( Don Diamont ) was always a “bad guy.” If he wasn’t digging up dirt on the Forrester Creations crew, he was doing shady and downright illegal things all for Dollar Bill including, what up until now, was his worst act of making sure Ridge Forrester (Thorsten Kaye ) fell from a high flying helicopter into the Persian Gulf.

B&B Spoilers – It Doesn’t Get Better…

The Bold and The Beautiful (B&B) spoilers tease that Justin will kidnap Thomas Forrester (Matthew Atkinson) and confiscate the evidence that will clear Liam (Scott Clifton) and Dollar Bill. The question is, why? What is Justin Barber’s real plan?

The Bold and The Beautiful Spoilers (B&B) suggest Justin Barber has gone rogue and plans to keep both Bill and Liam behind bars because he wants to be the head honcho at Spencer Publications. Of course, we know that won’t happen and the spoilers agree that if it does, it will be short-lived. But what will happen to Justin? How will he leave The Bold and The Beautiful (B&B)?

The Bold and The Beautiful (B&B) Spoilers indicate that “Bad Guy” Vinny Walker (Joe LoCicero ) had more than one rotten egg in his basket! When the paternity test switcheroo was a bust, it was clear to Vinny that Thomas Forrester ( Matthew Atkinson ) would not be riding off into the sunset like a knight in shining armor with Hope Spencer ( Annika Noelle) and the kids in tow. So, what does Vinny do? He pulls the other rotten egg out of his basket by committing suicide for Thomas’ advantage with Hope and he frames Liam Spencer for his murder in the process. Now this “bad guy” will NEVER get to change, and Thomas still won’t get the girl.

What do you think will happen next? Oh, the preposterousness of it all!

Please comeback for more of The Bold and The Beautiful (B&B) Spoiler updates, news, and comings and goings.