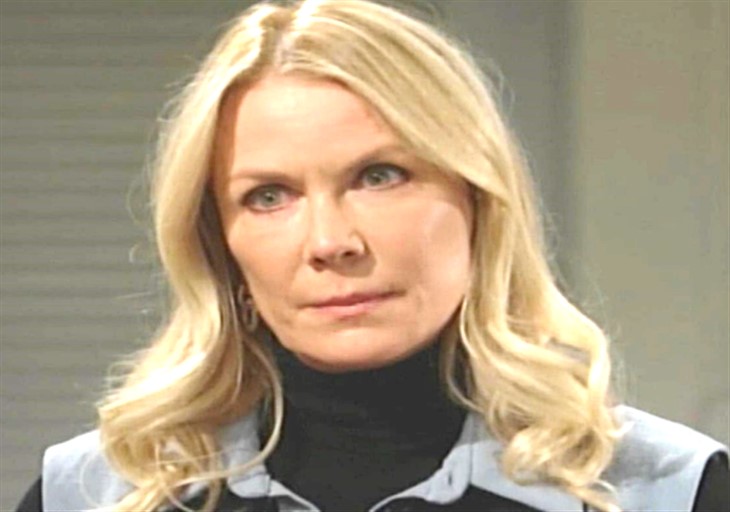 The Bold and the Beautiful (B&B) spoilers say Brooke Logan has noticed the changes in Thomas Forrester (Matthew Atkinson). However, it’s only been a matter of months since he’s behaved like a normal human being.

Brooke doesn’t and likely never will trust Thomas because of the Beth Spencer (Madeline Valdez and River Davidson) horror. He intentionally kept news of her being alive from Hope Spencer (Annika Noelle), while wanting to marry her.

According to The Bold and the Beautiful recaps and spoilers, Liam Spencer (Scott Clifton) has two major points in his favor. Beth is his daughter and Hope loves them both.

So, while it’s true that Hope now sees Thomas in a renewed light, she doesn’t love him. That might happen in time, but for the time being Liam remains her current soul mate.

Clifton’s Bold and Beautiful character knows that he is in a very vulnerable position, as is Hope. That means he needs to take the advice Brooke offers him and intends to follow it.

Hope is Brooke’s daughter. No matter what Ridge Forrester (Thorsten Kaye) says or how he feels in the short-term, Brooke is determined to facilitate a Lope revival.

The implications of Hope telling Liam that she’s decided Lope needs to separate could be enormous. The longer this period extends the better the odds that a divorce happens.

According to B&B spoilers and recaps, Brooke recognizes that Hope is warming to Thomas and that even if he has stabilized himself there’s no way to know if or when he’ll snap again. Lang’s character believes that it’s better for Hope and for Bridge if Thomas is not a part of Hope’s future, beyond co-parenting Douglas Forrester (Henry Samiri).

The Bold And The Beautiful Spoilers: Does Liam Have A New Lady On His Radar – What We Know!https://t.co/Xxm17ifvJu

Vincent Walker (Joe LoCicero) thought he was doing right by his childhood friend. But he definitely was not.

The Bold and the beautiful spoilers show changing the paternity tests was more than misguided, it was a crime that’s resulted in Vinny’s arrest. Whether bail was set, or he’s out on bail wasn’t relayed to the audience or to the citizens of this fictional version of Los Angeles, California.

However, Vinny’s intention appears to be playing out. While Liam was stripped of his paternity status, Thomas is in a position to bond with Hope. He doesn’t need to pursue her, as they interact on a regular basis. So, Liam will try to prevent Thomas from becoming a main influence in Hope’s life now.

Soap Opera Spy is a leading source for everything linked to The Bold and the Beautiful. Check back regularly for B&B soap opera spoilers and news!