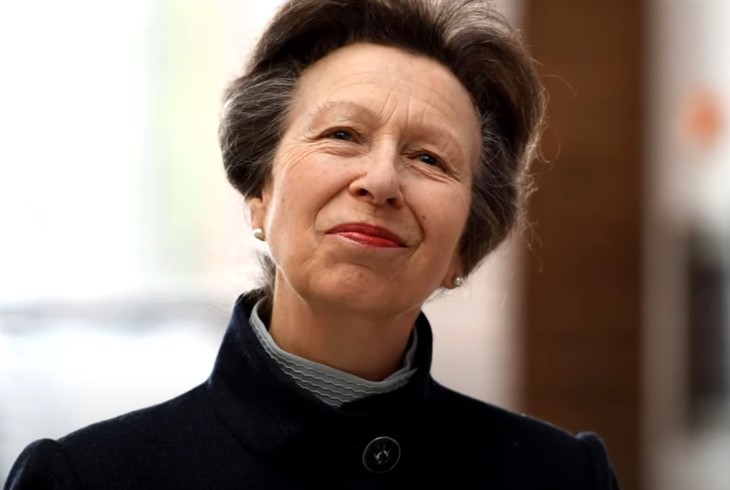 British royal family news divulges that the identity of the royal that Meghan Markle and Prince Harry accused of racism in their bombshell interview with Oprah Winfrey has been outed.

According to Lady Colin Campbell it was Princess Anne they referred to, but she claimed that the Queen’s daughter was misunderstood by the Sussexes.

The British socialite reports that Anne also had concerns about whether or not Meghan would have “respect” for the Royal Family.

The Markle’s alleged that a senior royal asked about Archie’s possible skin tone and that there were, “concerns and conversations about how dark his skin might be when he’s born.”

The pair declined to identify the person in the interview and that set off a firestorm of speculation about who it may be. Except that afterward Oprah helpfully suggested that it was not the Queen nor her husband Prince Philip who the Markle’s targeted.

Royal Family News – Oprah Winfrey Is on a Roll

Now Campbell has said, “She (Anne) had concerns about the disastrous effects of allowing somebody of that ilk, character wise, into the family, would not only cause trouble for all of them but also for any child born of the union.”

She added, “Harry ran to Meghan with the objections, Meghan weaponized them on the grounds of color. We are looking at people who are very eager to spot a slight where doubtless none exist.”

“Nobody is the guilty party in terms of racism. But Princess Anne was the champion in terms of ‘don’t marry that girl, she is unsuitable. She is wrong for the country, wrong for the job. Well, it’s turned out to be true.”

Campbell made the comments in her podcast, ‘Chatting with Lady C’, claiming that the couple were pointing the finger at Princess Anne. She cited a royal insider who said, “There were no concerns about Meghan’s color. Princess Anne was rightly concerned that if the marriage proceeded and there were children there would be huge problems, not because of Meghan’s color, but because of Meghan’s inability and determination to remain unable to appreciate the cultural differences.”

Since the interview several of the thirsty couple’s claims have been destroyed. For one, Meghan’s claim that they were married in private three days before the real ceremony has been thoroughly discredited.

No less than the Archbishop of Canterbury denied Harry and Meghan’s fake wedding story, confirming that he legally married them during their Windsor Castle wedding, not in the backyard as Meghan claimed.