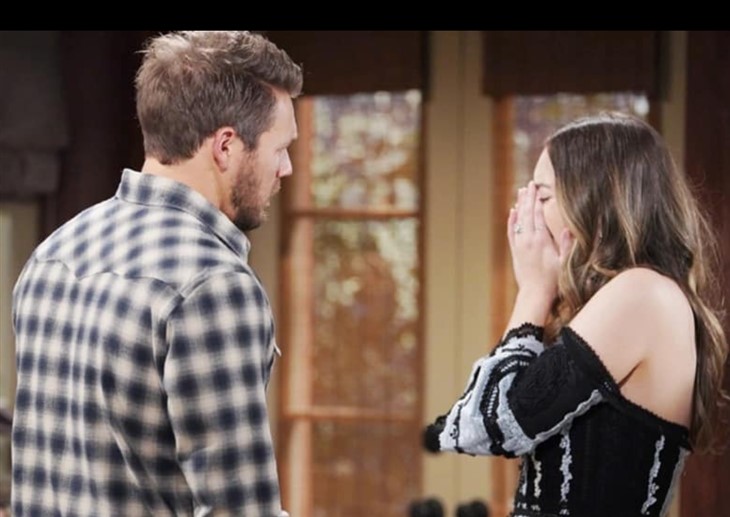 The Bold and the Beautiful (B&B) spoilers for Friday, May 28, 2021, reveal Hope on edge as she and Liam still try to make a decision about what to do about Vinny’s death — and its cause.

The Bold And The Beautiful Spoilers – Liam Spencer Has To Decide

Hope (Annika Noelle) may live to regret ever learning what was driving Liam (Scott Clifton) so insane. Yes, she doesn’t blame him for what happened to Vinny (Joe LoCicero). It was an accident and it was Bill’s (Don Diamont) fault they left the scene of the crime and Vinny’s dead body on the side of the road.

But she knows how much trouble Liam is in and knows there’s a very good chance he might decide to turn himself in. If he does, then she will lose him right after she finally took him back and Beth will never know her father if Liam goes to jail for years. (Does she think of Kelly, too?)

She also knows Liam can’t live with himself any longer and it’s better for his mental health at this point if he just fesses up and deals with the consequences even if those consequences mean years behind bars. Hope knows what the right thing to do is even if it breaks her heart and also breaks her family. And how will Thomas (Matthew Atkinson) react? Will he fight to keep Douglas (Henry Joseph Saimiri) for himself?

It looks like Wyatt (Darin Brooks) finally gets wind of what’s been going on with his father and his brother and Dollar Bill’s attitude stuns him. He doesn’t even care that Vinny’s dead and he left the body just lying there. He acts as if Vinny deserved what happened to him. Does Bill really tell Wyatt everything though?