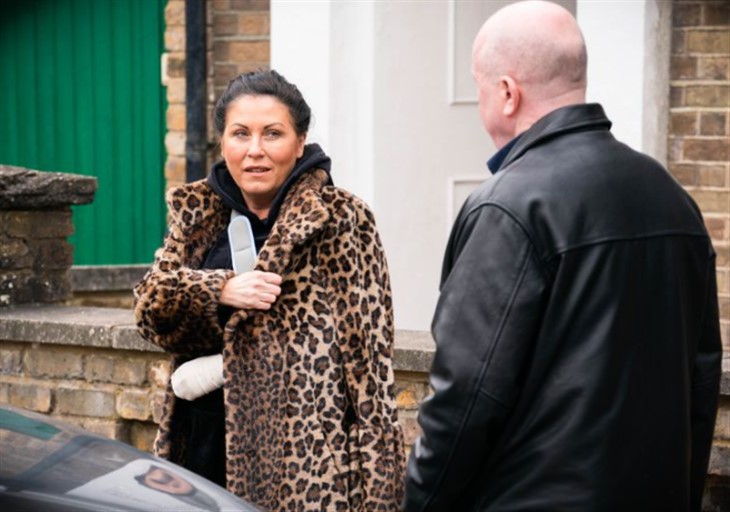 Eastenders spoilers and updates reveal Kat Slater (Jessie Wallace) will be found terrified after vicious attackers mugged her at the Square in the upcoming scenes.

Spoilers reveal that Bert and Ernie Moon will feel discouraged no one is showing up in their school for ‘Bring Your Dad’ day. Little did they know their mother Kat and surrogate father Phil Mitchell (Steve McFadden) are heading to the event, in absence of the boy’s biological father Alfie Moon.

The boys turn to Phil, but shortly after they end up bumping into Jack Branning and Phil’s son Raymond. Jack was there to father Phil’s son and Phil has no control over Raymond since he was taken again by his mum Denise Fox after his foster parents were killed.

Phil previously tried to get custody of Raymond but realized it was a punch to the moon because no court would side with him because of his criminal record.

Will Phil be remorseful at seeing Jack and Raymond as happy families?

Eastenders Spoilers – Getting Much Worse

Kat and Phil’s day get worse when Kat falls victim to a mugging incident as she heads home alone. Although she’s not physically hurt, it left her shaking.

Callum Highway and Suki Panesar spot terrified Kat and ask her if she’s fine. Kat told them about the mugging, which shocked the pair. But Suki blurted an insensitive comment about Phil dealing with the mugger, which did not sit down well with Kat. She strongly defends Phil, as it hurts her to know Phil is being seen as a bad guy.

The unlikely Phil and Kat’s romance has recently bloomed since Whitney Dean (Shona McGarty) mowed down Kat in her attempts to attack the Mitchells. And Phil has never left her since that day.

Jean (Gillian Wright) already shot her warning to Kat about the Mitchells but Kat was more swoon when Phil appeared with a pizza for her boys and a sparky to fix her broken cooker. Numerous fans have also praised the chemistry between the two.

Eastenders Spoilers – Not The Father Of The Day

In another scene, the newly wedded couple Callum Highway and Ben Mitchell return to their realities at Walford after spending their honeymoon. Everything is not peaceful after the couple’s dramatic wedding. Weeks before their big day, the couple had an all-tell confession to which Callum revealed he had gone as an undercover against father-in-law Phil.

However, it was Phil who made their honeymoon possible and when his son Ben thanks him, Phil cut ties with him, saying it’s the last thing they’ll receive from him.

Ben faces another challenge when he looks for his hubby Callum and finds him with a policeman named Fitzy. Ben feels he’s out of the place as their conversation halts when he appears. Running from the awkward atmosphere, he quickly exits.

Will this put a strain on the new couple’s relationship?