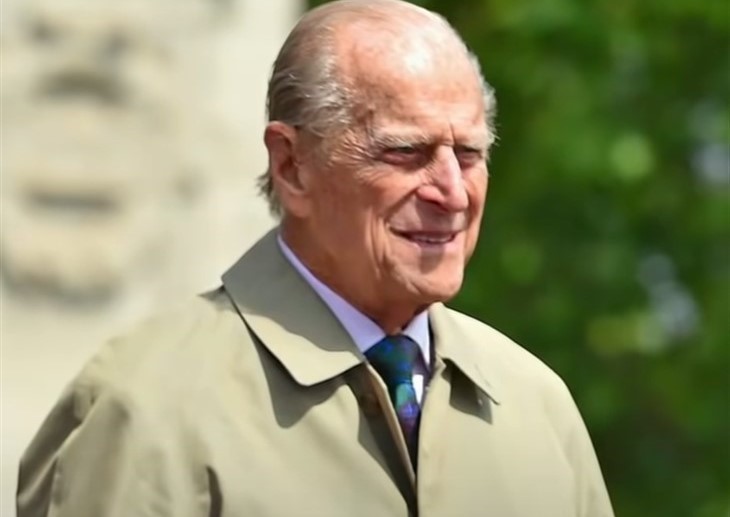 British royal family news is divulging details about the late Prince Philip, Duke of Edinburgh’s financial largesse. According to reports, he mentioned three senior aides in his estimated £30million will before his death aged 99 in April.

A royal source claimed today that the aides are his private secretary Brigadier Archie Miller-Bakewell and page William Henderson and Stephen Niedojadlo.

The trio was among six aides who walked behind senior Royal Family members and Philip’s coffin during his funeral procession held at Windsor Castle on April 17.

The three gentlemen could not attend the service inside St. George’s Chapel because national Covid-19 restrictions limited the number to 30.

The vast majority of Philip’s estate is believed to have gone to the Queen and it’s been reported that any money grandchildren would have received was, “sorted out quite a while ago.”

This potentially means that family trash talker Prince Harry could receive some cash despite his ugly laundering of the dirty royal family business. He calls these outrageous verbal attacks “truth bombs.” He began shortly after abandoning the royal family and this Friday he airs a follow-up to last week’s documentary in which he called his family inferior parental figures.

A Buckingham Palace insider told the Sun, “Unlike some other royals, Prince Philip will be generous to the three men who looked after him. These include his private secretary Brigadier Archie Miller Bakewell, his page William Henderson, and Stephen Niedojadlo. Philip was not the sort of character to punish a grandson [Harry] for misbehaving. He was a very fair, even-handed, and lovely man. Never held a grudge.”

The source went on to say that Philip’s children (Charles, Anne, Edward, and Andrew) were told they can have any books they like from his library of 13,000 books at the palace.

Brigadier Miller-Bakewell headed the team of loyal staff that followed Philip’s coffin last month, in recognition of his years of service.

The Duke’s private secretary was one of six non-royals in the funeral including Philip’s Metropolitan Police Protection Officer, two valets, and two pages who cared for Philip until his death on April 9.

Henderson and Niedojadlo took turns spending a week with him at Wood Farm on the Sandringham estate in Norfolk. Philip resided at Wood Farm, a five-bedroom cottage, for almost three years before he moved to Windsor Castle at the start of the pandemic.