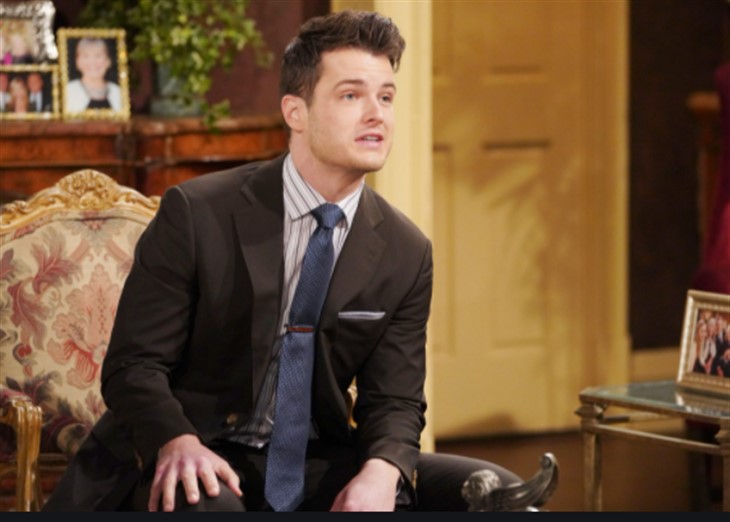 The Young and the Restless (Y&R) spoilers reveal that Tara Locke (Elizabeth Leiner) begs Kyle Abbott (Michael Mealor) for help. Ashland Locke (Richard Burgi) plans on taking custody of Harrison Locke. Tara begs Kyle to step up as the child’s biological father in order to stop Ashland. In order to do this and have a chance of winning, Kyle will need something from Tara.

The Young And The Restless Spoilers – Tara Locke’s Distress

Y&R spoilers reveal that Tara needs Kyle’s help. Once the couple left Genoa City and went back to New York, everything hit the fan. Ashland kicked Tara out of the home they shared. So, the story about how Ashland’s heart attack was compelling him to turn over a new leaf was just that… a story. He didn’t punish Tara for her betrayal until they returned home.

The Young And The Restless (Y&R) Spoilers Friday, May 14, : Sharon Wonders If Her Marriage Is Over

However, that’s isn’t all. Ashland has given Tara a threat and it has left her terrified for her son’s future. Ashland plans on taking custody of Harrison. If he wins, then Tara could lose Harrison forever. Ashland would make sure of it just to punish her.

Meanwhile, Kyle has been consumed with guilt over not claiming his own flesh and blood. He wonders if it was a mistake to let Ashland continue raising him. Just when those fears start to overwhelm Kyle, Tara will announce her news. She begs Kyle to help by stepping up and making it known that he is Harrison’s father, not Ashland.

The Young And The Restless Spoilers – Fighting For Harrison Locke

The Young and the Restless spoilers reveal that Kyle will probably agree to help Tara get custody of Harrison. If Ashland was a regular guy, that would be as simple as getting a paternity test. However, Ashland is anything but normal. He has money and power. He is also ruthless in business, so we expect him to become even more vicious when the fight becomes personal.

In order for Kyle to win, though, he needs Tara’s help. He can’t just waltz into a New York court and say he’s the father and expect the battle to be over. Ashland could even drag this out for years if he wanted to. He certainly has the legal team that could make that happen. We also wouldn’t put it past Ashland to bribe judges to rule in his favor. So, in order to fight Ashland, Kyle will need to know everything about Ashland. Even the secrets that Tara might not feel comfortable sharing.

The Young And The Restless (Y&R) Spoilers: Adam And Victor Get Their Own Episode https://t.co/fWY82oYeWs pic.twitter.com/aEzs6IieT7

In the end, we believe that Kyle and Tara will win custody of Harrison. But where does that leave Summer Newman (Hunter King)? Will she be able to handle the two co-parenting and possibly reconnecting? We will have to keep watching the CBS soap to find out what happens next.

The Bold And The Beautiful (B&B) Spoilers: Hope Baffled As Liam Insists He Will Lose Everything