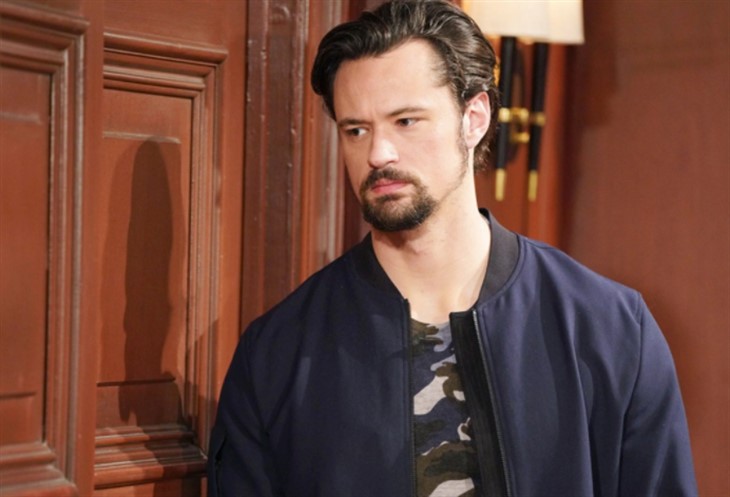 The Bold and the Beautiful (B&B) spoilers for Friday, April 30, 2021, reveal Thomas having a hard time bidding farewell to his ne’er do well best buddy

The Bold And The Beautiful Spoilers – Ridge Forrester Comforts Thomas

Thomas (Matthew Atkinson) is taking Vinny’s (Joe LoCicero) death particularly hard. But sometimes people don’t realize how it hurts to have a long-time friend die. It can often feel like family. Ridge (Thorsten Kaye) seems to know this and is there for his son at Vinny’s memorial.

Are Thomas and Ridge the only people there? We know nothing about Vinny’s other friends or family. At least Thomas is there for his friend and has this father’s support. Thomas pours out his feelings and just listens, the same way he listened to Eric (John McCook) when he confided his marital problems last week.

Is that Ridge and Brooke’s (Katherine Kelly Lang) job now? To listen to everyone else’s problems? At least they don’t seem to be having problems of their own — for now. We know that can always change at the drop of a hat. Now that Brooke keeps warning Hope (Annika Noelle) against being friends with Thomas again, it’s time for Brooke and Ridge to argue about how horribly she treats his son.

Perhaps Hope is at the funeral because she’s feeling pretty bad for Thomas and lets Liam (Scott Clifton) know it. Of course, this does not do Liam’s overall emotional state any good. His guilt over causing Vinny’s death looks to be overshadowing everything else in his life — as it should when you believe you took a man’s life.

Will Hope see that her husband is falling deeper into despair, she can’t imagine why. Isn’t he happy to be home with her and the kids? Isn’t this what he wanted? Why is Liam so jumpy and agitated when he seems to finally have everything he wants?

He got on his knees numerous times and begged for Hope’s forgiveness and she finally gave it. What more could he want? Isn’t Hope and their family enough to keep Liam sane? Stay tuned to The Bold and the Beautiful weekdays to find out what Liam does next.