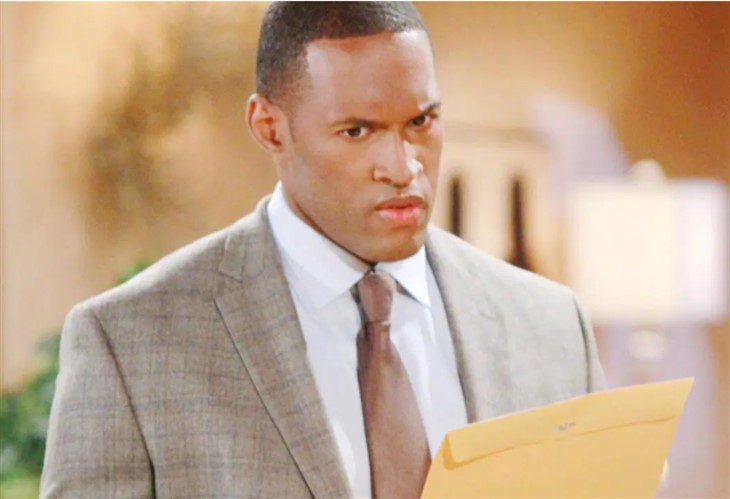 The Bold and the Beautiful (B&B) spoilers reveal that Kiara Barnes is leaving the soap. Zoe Buckingham’s exit story could be connected to Carter Walton (Lawrence Saint-Victor) and Quinn Forrester’s (Rena Sofer) affair. Could Zoe catch the two in the act and run off? If so, could Zoe end up a missing person? That would keep the door open for a return in the future.

The Bold And The Beautiful Spoilers – Betrayal And Desperation

B&B spoilers reveal that didn’t appreciate Carter when she had him. Fans were disgusted as Zoe and Zende Forrester (Delon de Metz) were serenading each other with songs and shameless flirting at the workplace. It was all done right underneath’s Carter’s nose too. He was so in love with the model but she clearly didn’t feel the same way. When Carter proposed, Zende started distancing himself from Zoe. However, the model kept pursuing Zende and wouldn’t take no for an answer. Ridge Forrester (Thorsten Kaye) walked in at just the right time. After blasting Zoe for her actions, Carter was told about his fiancee’s activities.

Zoe has not stopped trying to get back with Carter. She begged, manipulated, schemed, and even blamed her sister. Now that Zoe is taking responsibility and has some allies on her side, it is too late.

Quinn befriended Zoe and immediately got into her personal life. She began by targeting Zoe’s strained relationship with her sister, Paris Buckingham (Diamond White). After the digestive enzyme prank, Zoe admitted that she didn’t feel good about sabotaging Paris’ date. That’s when Zoe told Quinn what she wants most in the world. Quinn tried to talk to Carter but he seemed to be over his former fiancee. It is clear that Quinn has a little crush on Carter, especially after she saw him wearing only workout shorts.

The Bold And The Beautiful Spoilers – Carter Walton Caught In The Act?

The Bold and the Beautiful spoilers reveal that Quinn’s attraction isn’t one-sided. She doesn’t realize that Carter is smitten with her, as well. He has only really known her as Eric Forrester’s (John McCook) wife. He was aware that she is a schemer but he learned much more during their recent chat. Carter seemed surprised to find out that Quinn is actually a genuinely nice person.

With Carter and Quinn curious, it is suggested that they could end up in bed together. Carter is already single and as for Quinn, her marriage doesn’t look like it will survive. If Carter and Quinn give in to temptation, there’s a good chance that they will get caught. The one person that needs to know what betrayal feels like is Zoe.

With Barnes leaving the CBS soap, how will the writers send off Zoe? It’s possible that Zoe runs off after finding Carter with Quinn, who she actually trusted. Carter and Quinn will decide to apologize to Zoe once she calms down. However, they might not be able to find the model. Paris is the only blood relative that Zoe has left. So, she might search for Zoe but what if she can’t find her? Could something have happened to Zoe and if so, will we be left with a massive cliffhanger? Anything is possible so we will have to keep watching the CBS soap to find out what happens next.

Days Of Our Lives (DOOL) Spoilers: Lucas Gets More Tangled In His Lie, Chloe Searches For Help