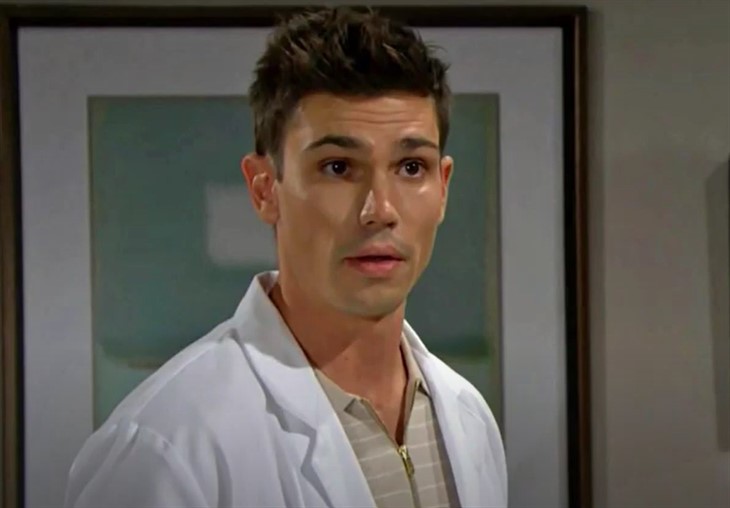 The Bold and the Beautiful (B&B) spoilers reveal that in Los Angeles Thomas Forrester (Matthew Atkinson) and Vinny Walker (Joe LoCicero) throw punches over the paternity test. John Finnegan (Tanner Novlan) tries to stop them and gets between the two men. However, Finn’s interference ends in a tragedy. Everyone’s lives will be changed forever and a shocking secret will be buried.

The Bold And The Beautiful Spoilers – Thomas Forrester’s Rage

B&B spoilers reveal that Thomas suspects Vinny changed the paternity test so Liam Spencer (Scott Clifton) would be named the father. He has grilled Vinny repeatedly, but he still won’t confess. Next week, Thomas will still be trying to get to the truth and Vinny will continue maintaining his innocence. Then, Thomas finds out the truth, which makes his blood boil.

When Thomas confronts Vinny for the last time, he will probably show or tell him what proves he’s responsible. Vinny will probably have some sort of excuse, explanation, or justification for his actions. Knowing how much agony both Hope Logan (Annika Noelle) and Steffy Forrester (Jacqueline MacInnes Wood), Thomas will simply react to the circumstances..

The Bold And The Beautiful Spoilers – John Finnegan Breaks Up Fight

The Bold and the Beautiful spoilers from TV Guide confirm that a fight breaks out between Thomas and Vinny. Things must get pretty brutal because at some point, Finn walks in. He gets between the best friends and tries to stop them from beating each other to a bloody pulp. However, it is also teased that a shocking secret will come to light, a promising relationship ends, and Finn tries to save his relationship while also stopping Steffy from leaving L.A. This is a whole lot of action for one week, especially for the slow pace of B&B.

The Bold And The Beautiful Spoilers – Tragedy And Secrets

It is suggested that when Finn breaks up the fight, Vinny could have a tragic accident. He might lose his balance and hit his head on the floor. Something seems to happen that brings detectives to investigate. It is implied that Thomas and Finn will agree to keep what really happened a secret. But then things just spiral downhill.

The Bold and the Beautiful Spoilers Tuesday, March 2: Bill Gets Another Shot With Katie – Flo Gets A Clean Slate With The Logans #bb #boldandBeautifulhttps://t.co/E0hELPotG6

Steffy makes a shocking life-changing decision. Now, why would she end her relationship with Finn when they are so happy and in love? Why would she even think about leaving L.A., especially since she is getting closer to her due date? Does this have to do with Thomas and Finn’s secret or is there something else at play? Let us know what you think happens next week and why suddenly everything will change. Then make sure to keep watching the CBS soap to see how this story develops.