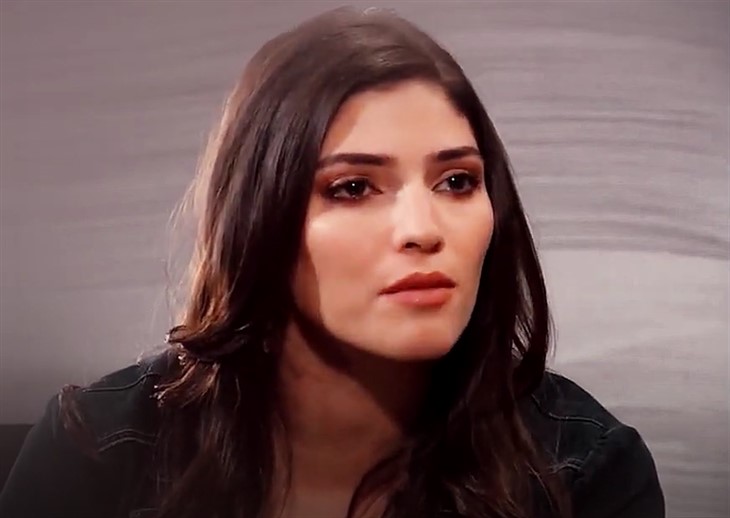 General Hospital (GH) spoilers tease that in Port Charles, NY Curtis Ashford (Donnell Turner) is serious about making some positive changes in his life! And while he hasn’t made a decision about his marriage to Jordan Ashford (Brianna Nicole Henry) at this time, he just made a huge change professionally. Tired of the secrets that come with the Private Investigation business, Curtis sold his share his company to Samantha McCall (Kelly Monaco) while he undertakes a whole new endeavor!

While working a case in a nightclub, Curtis noticed that the business was for sale. So he took the opportunity and bought the club, which he will also manage. This will be all new for Curtis, so it will be imperative that he hire a good staff that he can trust. Among the things that Curtis will likely learn early on is that he should hire an inhouse singer/scheduler. Live music should help increase revenue and allow Curtis to focus on other areas such as food and décor.

General Hospital Spoilers – Brook Lynn Quartermaine Is On Her Way Back To Port Charles!

It sounds like working with Curtis may be the perfect opportunity for Brook Lynn Quartermaine (Amanda Setton) as long as she has gotten her voice back after her throat was slit by Nelle Benson (Chloe Lanier). But Brook Lynn has been gone several months so it’s quite possible that quite of bit of healing has taken place. Curtis would be smart to hire Brook Lynn. She can certainly be a little rough around the edges, but she knows music and should be a great fit. Especially if the secret she was keeping when she left Port Charles is still an issue!

As viewers may recall, Brook Lynn and her father Ned Quartermaine (Wally Kurth) hadn’t been getting along all that well right before she left town. Brook Lynn had signed with a shady agent who wouldn’t release her from her contract so she could take control of her career. But Brook Lynn didn’t know that the manager was working for Valentin Cassadine (James Patrick Stuart). Valentin offered to release Brook Lynn from her agent if she sold her ELQ stock to him. Brook Lynn figured out that Valentin planned a takeover of her family’s business. But Brook Lynn looked Valentin’s career history up online and found out he would be good for the company. So she agreed to Valentin’s terms.

When Ned found Brook Lynn sold her shares willingly to Valentin, he was furious. They tried to discuss without resorting to arguments. Ned kicked Brook Lynn out of the Quartermaine had just lost custody. Talking to her accomplice over the phone, Nelle details her plans to kidnap Wiley Corinthos (Erik & Theo Olsen). Afterward. Brook Lynn confronted Nell and threated to turn her in to the police. Before she even realized to what had happened, Chloe slashed her throat, leaving Brook Lynn to bleed out on the floor

GH Spoilers – Could A One Night Stand Change Everything For Brook Lynn Quartermaine?

Brook Lynn recovered fairly quickly for the most part. Still unable to sing and still arguing with her father, Brook Lynn opted to spend a relaxing evening over drinks with Valentin. And although neither of them planned it, they ended up making love. A few days later, Brook Lynn made plans suddenly to leave Port Charles. She also took a glance over a few of her possessions. She had a pregnancy test but there is no word if she had already taken it or if she had looked at any results before she left town. But if she is pregnant she will have another mouth to feed so a steady job with Curtis might be exactly what she needs.

Are you looking forward to Brook Lynn’s return? Would working at Curtis new club be a good fit? Is Brook Lynn pregnant with Valentin’s child? Trouble seems to follow some people in Port Charles, so stay tuned to General Hospital airing weekdays on ABC. And don’t forget to check back right here regularly for all your General Hospital news, information and spoilers!