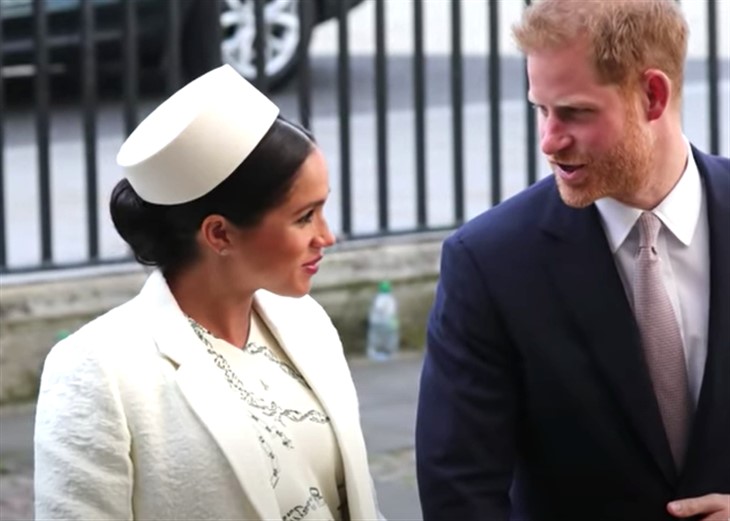 British royal family news teases that Prince Harry, Duke Of Sussex and Meghan Markle are going on Oprah Winfrey’s couch y’all—will it be the magic bullet they need to make America fall in love with them?

Oprah will do her best. She’s already proven her devotion by hawking Meghan’s organic coffee line, going to their UK wedding and even trying to befriend Meghan’s mom. Cynics say Oprah has been circling the frothy couple like a hawk, biding her time until she became the chosen one, the one who would broadcast the beaming couple to American living rooms.

It’s a win-win for everyone. Oprah will toss softballs, Meghan will toss her hair, Harry will grin like a likable buffoon and it’s ratings gold for the Queen of All Media. But is it?

Save the date, Sunday, March 7 the 90-minute life changing (or so it’s hoped) special drops in which Oprah does what she does best—get people emotional—and Meghan and Harry do what they do best—hold people emotionally hostage. It ought to be great fun.

The discussion is promised to be “intimate” and “wide-ranging.”

And yet, “Most royal interviews are horrible car crashes,” points out BBC royal correspondent Jonny Dymond.
Princess Diana’s BBC black mascara interview gained her a divorce. Prince Andrew’s BBC interview gained him a swift kick to the curb. What will Oprah gain for Harry and Meghan?

The better questions is what will Meghan gain. Most of the special consists of Meghan being given free rein to excoriate whoever she wants. Harry is expected to join for the conclusion, as an afterthought, or perhaps as a favor for being a good boy and doing the dishes.

Royal Family News – Oprah Was Invited To The Markle’s Wedding

So why now, why sit down and dish the dirt? Again, the cynics would say the relationship between the three is purely self-serving.

“We now have the great benefit of hindsight, but quite why you would have someone at your wedding who you’ve met precisely once is a curiosity,” says Dymond. “Maybe they really, really got on well, but this does appear to have been a relationship that has certainly thrived in a fairly short space of time. Now [with the interview] it comes off to their mutual benefit: Oprah is a great platform for Meghan, and Meghan is a fantastic get for Oprah.” They might as well have price tags hanging from their hats.

Meghan has huge ambition and any endorsement from Winfrey would be golden. Oprah gained her a cool million after hawking her new coffee for example. In 1993 Michael Jackson gave Winfrey a tour of his Neverland ranch and his first interview for 14 years. Some 90 million watched, a record for TV interviews that still stands.