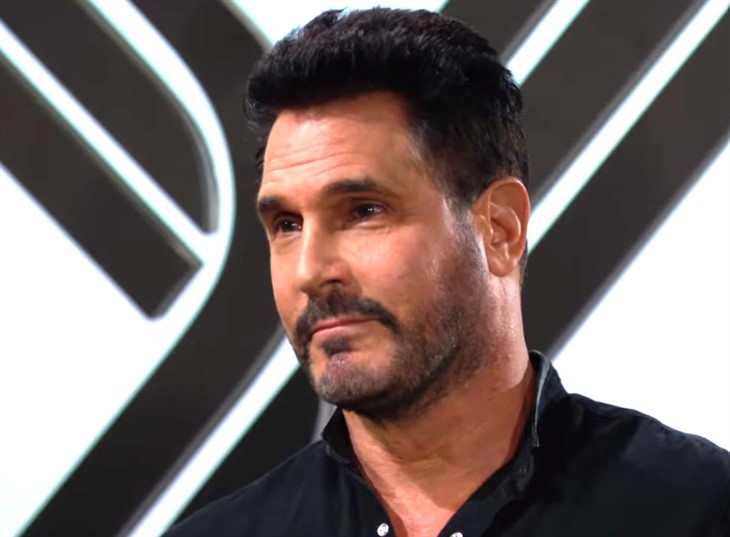 The Bold and the Beautiful (B&B) spoilers for Thursday, June 17, 2021, reveal in Los Angeles Bill losing his mind now that Liam is behind bars.

It doesn’t matter to Bill (Don Diamont) that he is the one who took a passed-out Liam (Scott Clifton) and placed him in the passenger seat and then drove away, leaving a dead Vinny (Joe LoCicero) on the side of the road. It doesn’t matter that they could have called the police and claimed to hit Vinny was an accident, which it was. Bill is furious and will blame anyone but himself.

This time he blames Justin (Aaron D. Spears) and Wyatt (Darin Brooks) for not being able to figure out how to get Liam out of jail as if they have anything at all to do with any of this. In fact, Wyatt is flabbergasted and also confused. He doesn’t even understand what Vinny was doing out there that night and how of all the cars to hit him in all of the city of Los Angeles, it was Liam’s. Maybe Wyatt will finally get to the bottom of this mess…

Ridge (Thorsten Kaye) and Brooke (Katherine Kelly Lang) have no storyline of their own so the only thing left to do is constantly argue about Thomas (Matthew Atkinson). When Brooke sees Thomas with Hope (Annika Noelle), she is concerned, to say the least. As she is always concerned where her stepson is concerned. She doesn’t want Hope around Thomas ever despite the fact that they are co-parenting a child. Brooke lets her feelings be known despite Hope’s protests. At this point, Thomas just wants to make himself scarce.

Ridge has to calm Brooke down and later they get to argue about Thomas being a part of Hope’s life while Liam is in jail. Never mind that Liam asked Thomas to look after Hope and the kids, a request that is sure to make things awkward, indeed. Will Ridge be able to get through to his wife and convince her to mind her own business? Stay tuned to The Bold and the Beautiful weekdays to see how this story plays out.