The Bold And The Beautiful (B&B) Spoilers: Carter Goes To Bat For Quinn 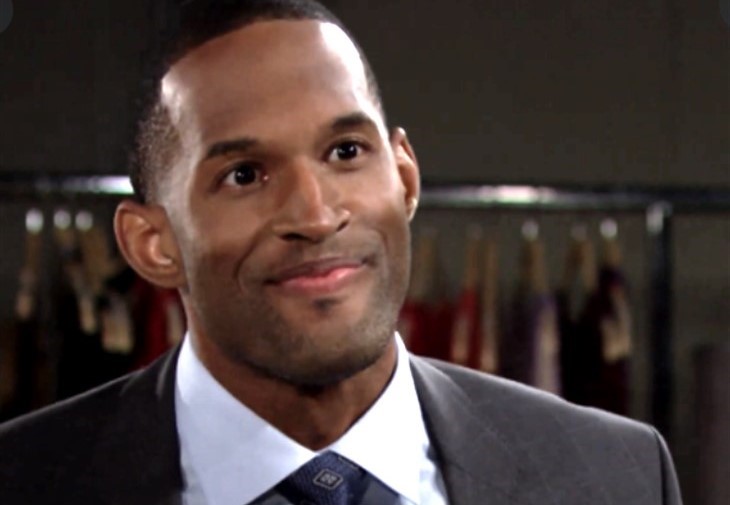 The Bold and the Beautiful (B&B) spoilers for Thursday, July 22, 2021, reveal in Los Angeles Carter going the distance for Quinn at his own expense.

The Bold And The Beautiful Spoilers – Will Carter Walton Rescue The Portrait?

The Forrester men still seem to think they own Carter (Lawrence Saint-Victor) and if he answers FaceTime with his shirt off, they have to know why. If they see flower fabric in the background, they really have to know why because if it’s happening to Carter, it must be happening to them. Ridge (Thorsten Kaye) almost demanded to know what was going on.

Eric (John McCook) even thinks Carter will enjoy representing him in his divorce when the only reason the divorce is necessary is that Carter slept with Eric’s wife. Well, Eric wants to know what Carter is doing about this divorce, so it looks like he stops by Carter’s place as most people do unannounced and that’s when he sees Quinn’s (Rena Sofer) portrait is still there for Carter to gaze at longingly whenever he feels the urge.

B&B Spoilers – Carter Walton Has To Come To The Rescue

The Bold and the Beautiful spoilers say that Carter proves himself to Quinn by refusing to let something be destroyed and it seems that something has to be that portrait Quinn was always so proud of. Will keeping that portrait be the nail in the coffin for Carter’s career — or at least his career with Forrester Creations? Eric demands loyalty and Carter staring at his soon-to-be ex-wife’s face and body all day is not exactly loyalty. It also shows that he may actually have feelings for Quinn and that is something Eric may not be able to live with.

If Eric drops Carter from his job and his wife, does that mean he will still have to sneak around with Quinn or will these two be free to do what they want? After all, they don’t want to hurt Eric’s feelings but they also truly want to be together. It was an unexpected pairing, but it may just be one that is working. Could getting caught be the best thing to ever happen to Carter and Quinn? Stay tuned to The Bold and the Beautiful weekdays to see how these stories play out.