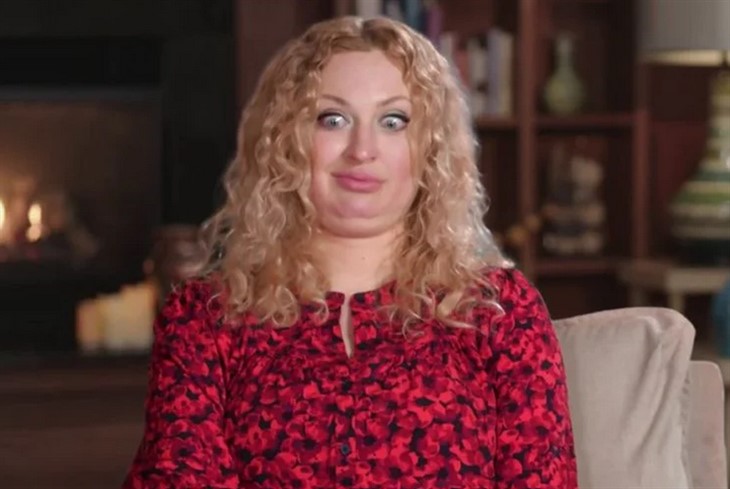 The viewers of the reality show “90 Day Fiancé” have clear eyes they noticed something familiar to their television screens.

During her ITM interviews in “90 Day Fiancé: Happily Ever After?” Natalie was seen wearing her red and black floral top. Viewers instantly recognized the familiarity when they saw Debbie wearing the same outfit during her interview with her son Colt on an episode of “90 Day Bares All.”

With the same floral pattern, style, and color, it’s easy for avid supporters to recognize the wardrobe. A lot of cast members of the show are not wearing their own clothes as instructed by the wardrobe department whose main priority is camera-friendly clothes. The recycling of things did not happen the first time on the show and fans have also spotted the Confederate flag decor in Mike’s home which the editors failed to blur out.

Because of these occurrences, fans roasted TLC and accusing the network that the show is fake and scripted.

Natalie Mordovtseva and her husband Mike Youngquist have no exemption when it comes to the struggles of a married couple.

The moment she arrived in America, Natalie has difficulty breathing that needs surgery, but due to financial challenges amid the pandemic, both took time to think about it.

However, thinking that her husband won’t approve of the idea, Natalie scheduled her surgery without consulting Mike. She eventually told her husband, and he got mad because he wanted to give his full support and said her health is more important than money.

However, Natalie ghosted Mike after her surgery, leading the man into panicking since he can’t get a hold of her through text and calls.

Natalie has broken her silence and revealed she left Mike because of their “fighting.” She revealed that the night before her surgery, they fought about Thanksgiving with his mother Trish, thinking that she called her a “hooker” although that scene was not caught by the camera.

Mike, on the flip side, was upset because she didn’t inform him and said he wanted to take care of her. As usual, the couple didn’t confront this issue and left the conversation without offering solutions.

Meanwhile, Debbie Johnson is living her best life with her son Colt Johnson, together with his second wife Vanessa as seen on her latest update on a recent “90 Day Diaries.”

Although she’s living together on one roof with Colt and Vanessa, Debbie has become more responsible for her needs. She is now financially independent that she gets to buy her own car and work as a food courier.

The Bold And The Beautiful (B&B) Spoilers: Carter Goes To Bat For Quinn