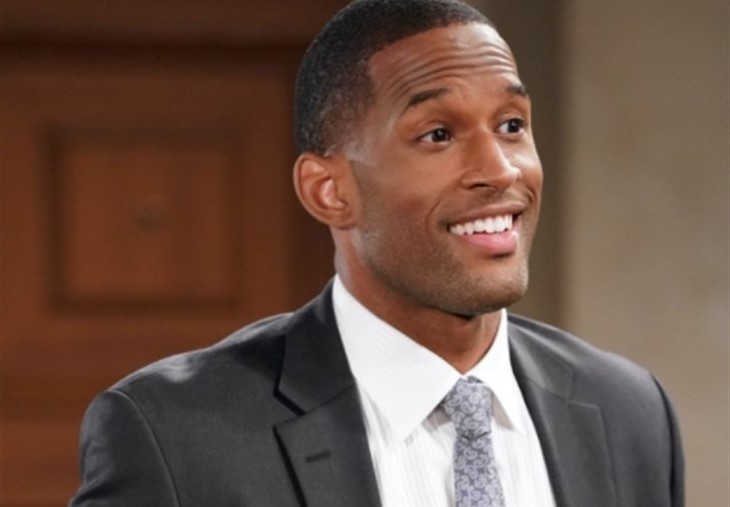 The Bold and the Beautiful spoilers reveal that Carter Walton (Lawrence Saint-Victor) has a dark side. As Thomas Forrester’s (Matthew Atkinson) fixation ends, another character picks it up. There are clues that Quinn Forrester (Rena Sofer) could literally drive Carter crazy. He is rejected by his secret lover, which may lead to a Fatal Attraction storyline twist.

The Bold And The Beautiful Spoilers – Carter Walton’s Guilt

B&B spoilers reveal that “Quarter” made a pact that they would take their secret to the grave. Quinn can do this more easily than her secret lover. After all, Quinn is B&B’s scheme queen so she is used to lies and secrets. Carter is nothing like Quinn, though. He is so consumed with guilt that it could trigger an unexpected change that could destroy a lot of lives. We know that something big is happening with Carter from the weekly promo clip. He takes on a completely different personality, most likely his mind’s way of trying to cope with the intense guilt.

In the promo clip, Quinn reacts to Carter turning into a completely different person. She isn’t the kind of woman that scares easily. But in one particular scene, she slowly backs up from Carter and places one hand on a chair. It’s as if she is bracing herself, both mentally and physically. Her facial expression isn’t really panic or worry. It’s the look of someone that is afraid.

Quinn can handle herself and is pretty sure Carter would never hurt her. However, would he really hurt someone else as he takes on this new personality, which is alarmingly similar to the old Thomas Forrester (Matthew Atkinson)?

The Bold And The Beautiful Spoilers – Crazy In Love (Literally)

The Bold and the Beautiful spoilers reveal that we are overdue for another obsession storyline. Thomas is no longer fixated on Hope Logan Spencer (Annika Noelle). That means someone else will find themselves completely consumed by an unavailable love interest.

The Bold And The Beautiful Spoilers: Liam Crumbles Under Pressure https://t.co/vMHmIJ1Hbn pic.twitter.com/jGOiStmzFN

We also see Quinn use a very firm tone of voice when telling Carter that they are over. She also says that they “just had a fling” and “that’s all it was.” So, it sounds like Carter doesn’t view their affair as just a fling. He might even claim to be in love with her. After all, look how quickly he tried sealing the deal with Zoe Buckingham (Kiara Barnes).

This could turn into a Fatal Attraction type of storyline. Zoe might be the most obvious theory of who could die. However, the writers just might surprise us by killing off someone else. Who could end up losing their lives in this storyline? Is Eric Forrester (John McCook) at risk? Perhaps Paris Buckingham (Diamond White) is the person who is murdered? Tell us your best guesses and stay tuned to find out how this story develops.