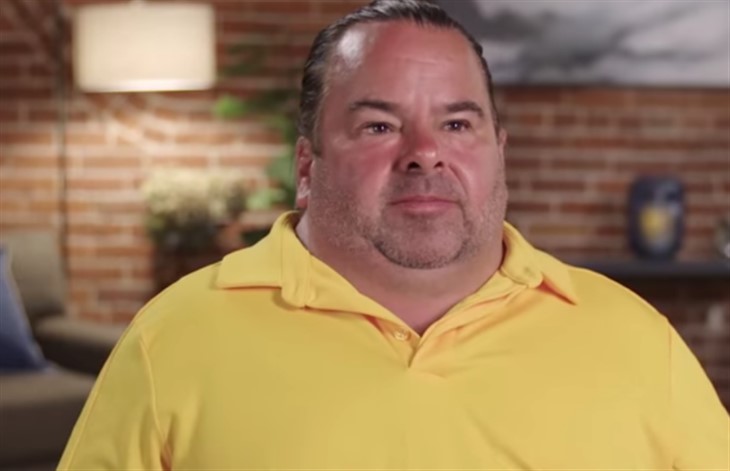 90 Day Fiancé star Big Ed Brown is either loved or hated by the TLC reality show’s fans. Due to the way, he treated his Filipina girlfriend, Rosemarie Vega, and more recently, his girlfriend Liz, it’s mainly the latter. However, every now and then Ed does something good and impresses his followers.

First, Ed started working out and lost 25 pounds in a few months. Next, he cut off his long, mayonnaise-filled locks and is now sporting natural, salt, and peppered short hair – these are good things. Unfortunately, he then joined 90 Day: The Single Life, where he mistreated his latest girlfriend, Liz. While pressuring her to move in with him, he also made her feel like she doesn’t matter. Shortly after they broke up, he was spotted pursuing another woman while hunting down another partner.

On part one of the 90 Day: The Single Life Tell-All, Big Ed upset fans by trying to flirt with Fernanda Flores. He even admitted that he has a crush on her and wants to get something going with her. As Fernanda is only 23, naturally this led to criticism, as he always seeks much younger women.

Possibly, after upsetting 90 Day Fiancé fans all over again, Big Ed decided to try and make up for this. The 56-year-old recently went through a colonoscopy and shared an important message on Instagram with his fans who are his age and older. 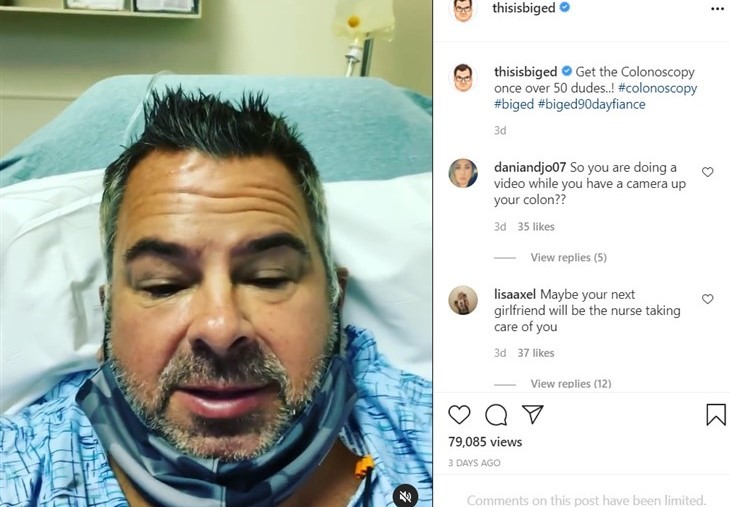 While for many fans, this post was way too much information, Ed is giving good advice. He recorded a video of himself in a hospital gown and shared a caption, reading, “Get the Colonoscopy once over 50 dudes.”

In the clip, Brown says, “Staying healthy is essential for you and the people around you.” He recommended anyone over the age of 50 should have a colonoscopy, as it can save their life. Big Ed couldn’t resist making a comment that getting hooked to the IVs was difficult because his veins are hard from all that working out.

Some fans were impressed with Ed’s good advice, but others clearly believed he was attention-grabbing again. One fan wrote, “Like really is this necessary to post?!?!?! Again!! Attention seeking as usual!!!” The comment received more than 70 likes, so obviously, others agreed. Another wrote, “So you are doing a video while you have a camera up to your colon??”

On the plus side, however, others felt Big Ed was doing the right thing by encouraging people to have a colonoscopy, as they could lose their lives to undetected colon cancer. One fan pointed out that people under 50 should also get the test if there is a history of colon cancer in their family.

Fans can watch the second part of the explosive 90 Day: The Single Life Tell-All on Sunday on discovery+.

Days Of Our Lives Spoilers: Claire’s Led Into Jan’s Lair