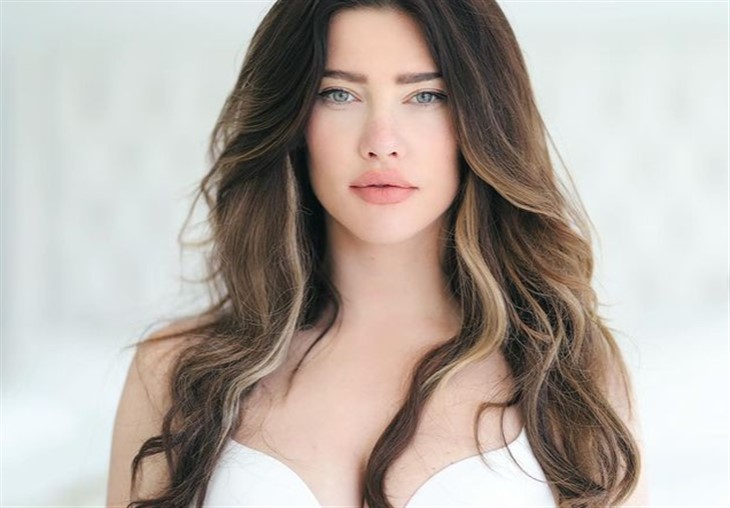 The Bold and the Beautiful (B&B) comings and goings reveal the return of a very pregnant Steffy Forrester as actress Jacqueline MacInnes Wood is back on screen after her maternity leave. Wood gave birth to her second son earlier this year.

So, what did Steffy miss while she was off getting some R&R and having a peaceful pregnancy after learning Vinny (Joe LoCicero) faked the paternity test results and Finn (Tanner Novlan) really is the father of her child. Well, she missed Vinny dying and Liam (Scott Clifton) killing him. She also missed her fiance, Finn, coming across the body in the morgue. We’re sure Finn filled her in on the morgue and Vinny is dead part but she still has no idea what her first baby daddy has been up to.

Liam finally told Hope (Annika Noelle) the truth. You know he’ll have to run to Steffy the moment he realizes she’s back in town because he can never stay away from Steffy when he knows she’s around. Will he spill his guys to Steffy the way he did to Hope? And if he does, how can Hope keep such a secret knowing how much Thomas (Matthew Atkinson) wants to find the person responsible for Vinny’s death and bring him to justice.

B&B Spoilers – Is Steffy Forrester Too Happy For A Story?

When we last saw Steffy she was tearfully accepting Finn’s marriage proposal by the cliffs at her house overlooking the ocean. She couldn’t believe she’d get so lucky to find such a fantastic man who loves her and that she’s having his child. He even forgave her little Liam indiscretion that left the baby’s paternity in doubt.

But something has to go wrong before the birth of her baby, right? Where is the drama if it doesn’t? Will she find out Finn really is too good to be true and he’s not the man she thinks she is. Will she get dragged into her brother’s drama and Liam’s drama, putting her in high-stress situations that could endanger her pregnancy? Something has to happen so stay tuned to The Bold and the Beautiful weekdays to see what does.