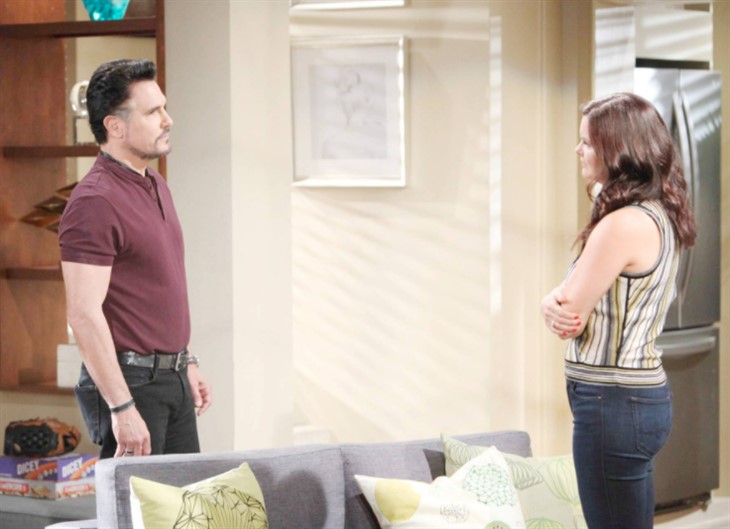 The Bold and the Beautiful (B&B) spoilers reveal that in Los Angeles Bill Spencer (Don Diamont) has not succeeded in getting back the woman he loves. After plotting for a while, he realizes it’s impossible to do on his own. He recruits help in a new grand scheme to win back Katie Logan’s (Heather Tom). Will the romantic plan actually work or should Bill just give up?

The Bold And The Beautiful Spoilers – Bill Spencer Failing

B&B spoilers reveal that Bill prides himself on getting whatever he goes for and he usually succeeds. However, the only woman he wants is Katie and he has failed to get her back. Just because he hasn’t been forgiven doesn’t mean he is going to give up, though. His usual tactics aren’t working and that means he is going to have to get creative.

Even though Katie still loves Bill and probably always will, there is only so much she can take. Bill kissed Katie’s sister, Brooke Logan Forrester (Katherine Kelly Lang). It didn’t just happen once, it has happened three times now. She has always taken him back, but this time she isn’t going to reconcile that easily. It’s proving to be quite the challenge for Bill.

The Bold And The Beautiful Spoilers – Recruiting Helpers In New Scheme

The Bold and the Beautiful spoilers reveal that head writer Bradley Bell told Soap Opera Digest that Bill was going to get some help. He will ask two people to join him in a new scheme to win back the woman he loves.

“2021 sees ‘Dollar’ Bill deciding his romantic future. He engages the help of two unexpected people to try and convince the woman he loves that he’s the only man for her. Will it work? And who is Bill’s ultimate woman?”

What is interesting is that it says he gets two unexpected people to help, so that rules out a couple of possibilities. Which unexpected faces would help Bill out and try to encourage Katie to give the man another chance?

Bill hasn’t been able to convince Katie on his own to take him back. It’s one thing to walk away from a man or slam the door in one person’s face. It’s a big tougher to ignore a crowd of people. Plus, we have a feeling that Bill is going to go all out and make it impossible for Katie to say no, most likely around Valentine’s Day. What do you think is going to happen with “Batie?” Should she give him another chance? Or has he betrayed her too many times already? If she doesn’t go back with Bill, then who would you like to see Katie with in the future?