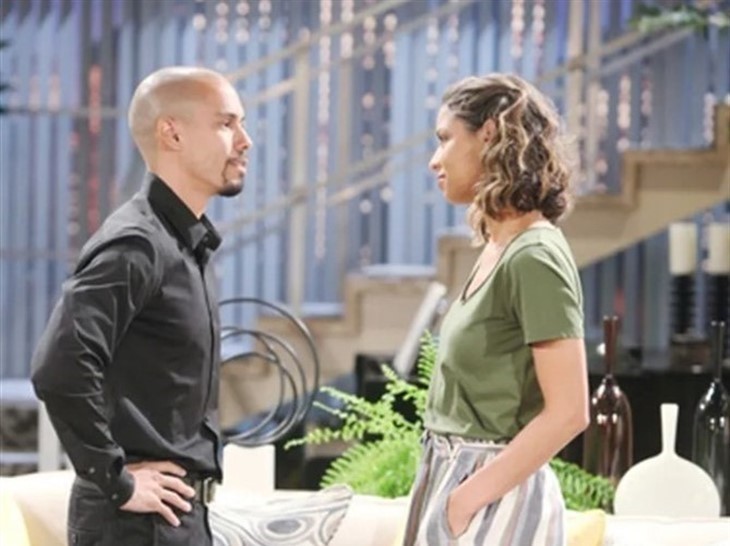 The Young and the Restless spoilers say that in Genoa City, Wisconsin Elena Dawson (Brytni Sarpy) and Devon Hamilton (Bryton James) might indeed have a future together again. That’s because Devon will soon be reminded of why he misses having her so much in her life. But before that happens, both he and Elena will have to overcome a few hurdles. Here’s what you need to know.

The Young and the Restless Spoilers: Elena And Devon Reconnect – Does This Mean Their Future Is Bright?

After she made love with Nate Hastings (Sean Dominic), Elena was certain that things were moving forward with them. While she clearly has some strong feelings for him, at this point she’s made it clear that she’s not interested in any reconciliation. Or at least, that’s what she believes.

Speaking to Soap Opera Digest in a new interview, Elena’s portrayer Brytni Sarpy puts it this way, “Elena feels that the only possible reason for her cheating and hurting a man she cared so deeply for, was that there must be something she’s been in denial about when it comes to Nate.”

The Young and the Restless spoilers say that later on Elena will run into Devon at the coffee house and although she tells him that she’s worry that she hurt him, she also says that she’s moving on. Brytni says that her character wants to make peace with Devon instead of constantly living with regret. However, when Devon tells her that he and Amanda are just friends, she doubts that will be the case for too long.

Y&R Spoilers – Devon Is On Elena’s Mind – But For How Long?

After the two exes wish each other well and go on their separate ways, Brytni says, “Unfortunately, connecting with Devon again just reminds Elena of what she’s been missing since they broke up. He will be on her mind now more than ever before.”

With that said, there’s a chance that Elena might try to connect with Devon again and in more ways than one. Of course, The Young and the Restless fans will have to tune in to find out what will happen next!

Days Of Our Lives Spoilers: Bonnie’s Tip Saves Eli And Lani’s Twins, Kidnapper Is Someone Familiar