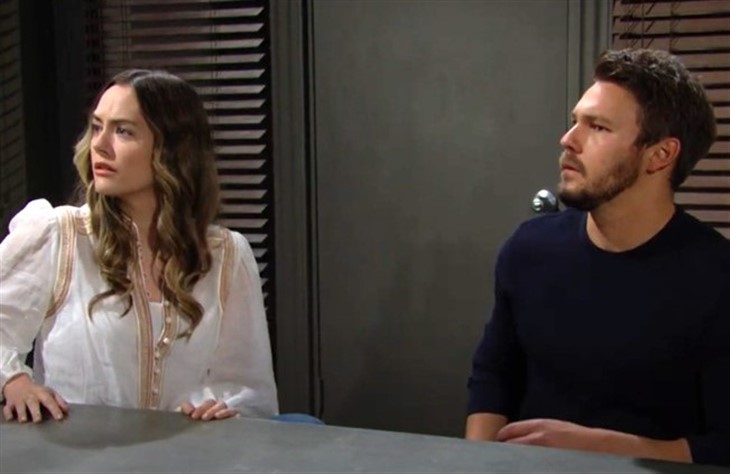 The Bold and the Beautiful (B&B) spoilers for Thursday, June 3, 2021, reveal Liam crumbling under pressure when Lt. Baker has a lot more questions.

Well, Liam (Scott Clifton) finally fessed up to running down Vinny (Joe LoCicero) and then allowing Bill (Don Diamont) to cover the whole thing up. Sure, he tried to tell Bill it was a mistake, but he went with Bill’s plans since March so things don’t look good for Liam.

It also seems Liam is determined not to implicate his father in this mess. Sure, Bill is the one who put a passed-out Liam in the passenger seat and drove away, claiming for months that Vinny’s life meant nothing, but that’s neither here nor there. Liam is the one who hit Vinny so he feels he is the one who must pay and nobody else.

The Bold And The Beautiful (B&B) Spoilers: Liam Is Finally Under Arrest, Hope Shattered

Except Liam’s story doesn’t make much sense to Lt. Baker and he has a whole lot of questions for the younger man. Why did Vinny have no wallet or ID? Why does Liam not seem to remember a lot of what happened? Well, Liam can’t really answer that and keeps telling more lies while hoping he doesn’t have to spend years behind bars. That’s not the way to go about this Liam. Telling the truth gets you off easier. Bill’s life can’t be worth that much, right? After all, he didn’t think much of Vinny’s.

Ever since Liam told Hope (Annika Noelle) what really happened that fateful night, Hope has been gunning for Bill. She has already told him off several times during the last week and she goes for it again on Thursday. Hope can’t believe she finally got Liam back only for him to be ripped from her and the kids again and it’s all because of that foolish father-in-law of hers. How terrible. Bill has to listen to this, but will he feel guilt? After all, Vinny is the bad guy in all of this, right? (It couldn’t be Liam who thought a mannequin was Hope making out with Thomas. No, never.) Stay tuned to The Bold and the Beautiful weekdays to see how this story plays out.