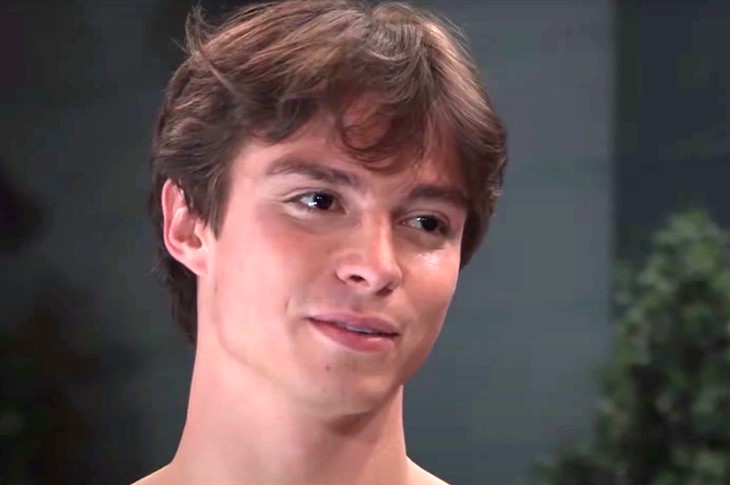 General Hospital (GH) spoilers indicate that in Port Charles, NY Ryan Chamberlain (Jon Lindstrom) is about to take over stalking Ava Cassadine (Maura West). Spencer Cassadine (Nicholas Chavez) has sent some very underhanded gifts to Ava and her young daughter. However, Ryan has already killed one of Ava’s children. Will his acts change Spencer’s mind about his stepmother?

General Hospital’s Ava lied to Spencer. Spencer believed that Ava was going to help him take down Valentin Cassadine (James Patrick Stuart) for shooting his father on Cassadine Island. However, Ava double-crossed Spencer and chose to side with Valentin to get the scars on her face removed. Valentin offered Ava beauty and that was more important than what Spencer could give her. Spencer vowed to get revenge on Ava and has tried to keep her away from his father because of this. However, Ava has lost a lot and may even end up saving both Spencer and Nikolas Cassadine (Marcus Coloma) from one of Ryan’s traps.

General Hospital’s Ryan could have Harmony Miller (Inga Cadranel) working with him and she is ruthless. Harmony helped Shiloh Archer (ex-Coby Ryan McLaughlin) rape her own daughter. Harmony has also helped Shiloh cover up murders as well. Harmony will do anything she is ordered to do because she is a follower. Harmony wants to be accepted that the only way she has found that is by being led by a narcissistic man. Harmony seems not to be able to function without someone giving her orders and its shows. Harmony worked with Nelle Benson (ex-Chloe Lanier) as well. How far will Harmony go to please Ryan?

General Hospital’s Ryan has everyone convinced that he is an invalid. Medical professionals believe that Ryan is in a semi-vegetative state and cannot move. Will Ryan’s unrelenting cruelness cause Spencer to see the truth about his father and Ava? Will Ava be forced to save Nik’s life before Spencer realizes how much Ava loves Nik? Ryan has an issue with Spencer because he ignored his request for help. Ryan would not hesitate to take Spencer out just like he killed Kiki Jerome (ex-Hayley Erin). Will it take a near-death experience for Spencer to see how much Nik truly loves Ava as well?

Spencer needs to realize that he is an adult and should get past his childish actions of the past. When will he realize that his father has a right to a life that isn’t centered around him? When will Spencer learn to accept Nik’s choices and perhaps find some forgiveness for others?

The Young And The Restless (Y&R) Spoilers: Will Jack Fall For Sally’s Schemes – Again?