The Young And The Restless (Y&R) Spoilers: Will Jack Fall For Sally’s Schemes – Again? 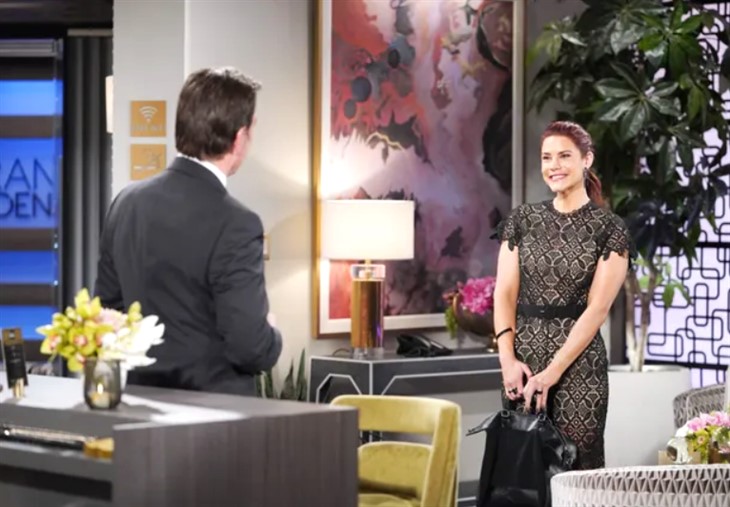 The Young and the Restless (Y&R) spoilers for Tuesday, July 27, 2021, reveal in Genoa City, Wisconsin Jack falling for Sally all over again just as Phyllis is about to reveal her machinations.

The Young And The Restless Spoilers – How Far Will Jack Abbott And Sally Spectra Go?

Jack (Peter Bergman) is quite the forgiving man when he’s lonely and he’s definitely been lonely for a while now. Despite learning that Sally (Courtney Hope) played him for a fool when they first met and blackmailed Kyle (Michael Mealor) and Summer (Hunter King), Jack has decided he should forgive her so they begin dating again. And a date tomorrow has Sally wondering where they go from here.

Does she end up getting the man old enough to be her father into bed when there are so many other things she needs to hide? Jack seems to think she is a misguided victim when Phyllis (Michelle Stafford) is determined to prove she had something to do with Summer getting that job in Italy.

Phyllis might soon wonder what her daughter even sees in Kyle since he is still busy defending Tara Locke (Elizabeth Leiner) every chance he gets. Kyle confronts his one-time mother-in-law (and one-time stepmother) on Tuesday and asks her what she’s up to. Why can’t she just leave Tara alone since she’s never done anything wrong?

Phyllis is not so sure of that and tries to get through to Kyle but to no avail. So, Phyllis decides she has to play hardball and get some proof that might penetrate Kyle and Jack’s thick heads regarding these women.

The Young And The Restless – Summer Newman Is Miserable In Milan

Meanwhile, Victor (Eric Braeden) and Nikki (Melody Thomas Scott) arrive in Milan to visit their adult granddaughter and see how she’s doing. They find she is not doing ok. Sure, yes, it’s a great job and she is lucky to have it. She even puts on a happy face about her wonderful Italian life, but Victor and Nikki see right through it and know that Summer just wants to be back in Genoa City with Kyle. When they ask her why she’s not there, will she tell them all about the threat from Tara Locke? Stay tuned to The Young and the Restless weekdays to see how these stories play out.