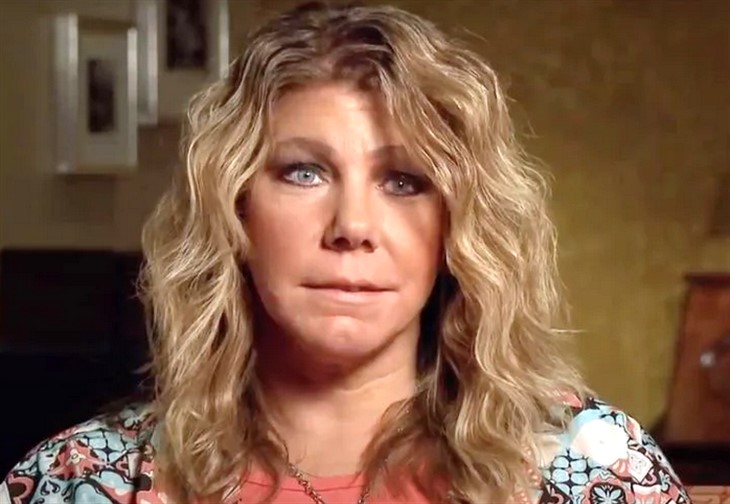 Sister Wives star Meri Brown had a candid conversation with family patriarch Kody Brown, telling him that Christine “might be feeling trapped.”

Fans know that Christine let on, in a previous episode, that she wanted to move to Utah and that the rest of the Brown family still planned on moving forward with plans to develop the Coyote Pass property.

Fans will recall that when Christine, 49, learned the family wasn’t planning on returning to Utah she told Meri, 50, that she couldn’t “do marriage with Kody anymore.” But Meri told Christine not to “give up.” (Christine announced her separation from Kody, after being married for 25 years, shortly before the season 16 premiere.)

On Sunday’s episode, Kody visited his wife Meri to discuss her thoughts on the matter of moving to Utah. Robyn, 43, and Janelle, 52, had already informed the Sister Wives patriarch, in private, that they had no desire to move to Utah and wanted to remain in Arizona and work on the Coyote Pass property.

The 52-year-old Kody told Meri that he “tried to be stoic” with Christine saying he was “like ‘Yeah, I’ll move. I’m game,’” telling her that he’d always been interested in moving there and that St. George Utah was where he thought he’d retire.

Of course, Meri quickly reminded Kody that it was he that shut down Christine’s desire to move to Utah, but Kody explained that he was just being a “total jackwagon.”

Does Kody Brown Really Want To Move To Utah Or Stay In AZ?

When Meri finally asked her polygamist husband if he actually wanted to move, Kody indicated that he really didn’t, saying, “You can’t beat Flagstaff, Arizona. You just can’t.”

Kody Brown expressed some confusion about why moving to Utah had suddenly become an issue for Christine. He even suggested that Christine might be experiencing a “mid-life crisis.”

For her part, on the move to Utah, Meri said, “honestly, my gut instinct is, ‘Oh, hell no. Not interested,” adding that she had no desire to up and head back to Utah. The Sister Wives alum went on to say she felt “bad” about her choice because it was so important to Christine.