90 Day Fiancé Jenny Claims The Sumit Pays Their Bills, Is She Being Honest? 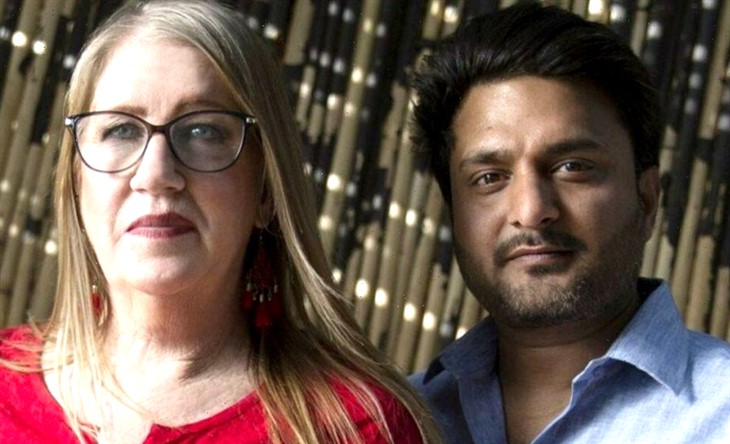 90 Day Spoilers suggest that Jenny Slatten stunned fans by informing them that Sumit Singh is the one paying their bills. Is Jenny being honest or just covering for Sumit?

90 Day Fiance: The Other way fans have often wondered if Sumit and Jenny’s relationship was based on money. After all, was Sumit not the one who said that he could not afford his and Jenny’s apartment when she first relocated to move in with Sumit. Sumit mentioned that the rent was too high on their budget. Now Jenny says that Sumit is the one paying the bills. Did Sumit get a new job or did they move? How is Sumit meeting these bills without making more money than he had before? Did Sumit not catfish her once as Michael Jones? Could Jenny be covering for Sumit since fans are still disappointed that Sumit has not married Jenny?

90 Day Fiance: The Other Way Jenny fell for Sumit after his true identity was revealed. Even after the catfishing, Jenny went to visit Sumit and stayed for some time. Traveling between countries was too much for the couple because neither of them could afford the plane fare. Jenny contacted 90 Day Fiance in 2018 because of the money issues. However, Sumit managed to get married in the time that Jenny was gone and chose not to be honest about it. Yet when Jenny found out, she continued to stick by Sumit and waited on his divorce. However, he has not married Jenny yet either.

90 Day Fiance: The Other Way viewers have gone to Jenny’s Facebook page and tried to defend her. Unfortunately, Jenny continues to buy whatever Sumit sells her. Asking Jenny to let his parents move in is just the latest in the various stunts that Sumit has pulled. Jenny has been promised time and again that Sumit was going to marry her and yet he is still putting her off. Now Sumit is complaining that he misses living with his parents. Jenny has walked away from everyone in her life to be with Sumit. Will Sumit ever put Jenny first in his life? Why is Jenny the only one giving up anything to preserve their relationship?

Is Sumit truly taking care of Jenny while she’s in India? After all, Jenny recently posted about having a job there. Is Sumit still working at all? What about Jenny’s money that she gets from her retirement here?

Days Of Our Lives (DOOL) Spoilers: Marlena Learns What The Devil Wants From her