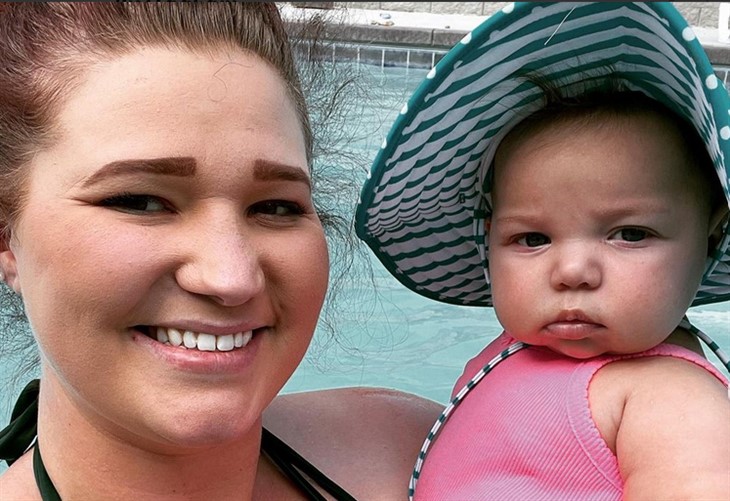 Sister Wives spoilers revealed that Mykelti and Tony Padron welcomed Avalon Asa at 9:37 p.m. on April 5, 2021. So, she nears seven months old right now. Kody Brown and his family seemed very excited about Mykelti’s first child. After all, until she arrived, despite such a big family, only Maddie Brown raised their grandchildren. Nowadays, fans see a cute little girl who meets her milestones. Actually, she seems very curious about life.

Rumors ahead of Season 16 of the TLC show revolve around Christine Brown. She’s Mykelti’s mom and Avalon Padron’s grandma. Plenty of speculation runs around that Christine moved to Utah, or plans a move to Utah. After all, her daughters, Aspyn and Mykelti live there. Meanwhile, Ysabel attends college and lives with Maddie Brown Brush in North Carolina. Apparently, Gwen already moved out, so that only leaves Truely at home. With other family members on Christine’s side also living in Utah, why not move there?

Mykelti allegedly told Sister Wives fans that her mom only sold her Flagstaff home because it was the right time for a seller’s market. Still, almost nobody believes that. Teasers for the show reveal things get toxic between Christine and Kody and she’s just about had enough of him. Of course, baby Avalon Padron being in Utah might also motivate Christine to move back there. Photos that Mykeli shares reveal a very cute kid, fans agree. So, Christine probably hopes for more time with the curious little grandchild.

Taking to her Instagram Stories on Saturday, October 30, Mykelti shared a video clip of Avalon. She sat in front of a fire and reached out to it. Notably, it wasn’t a real fire. Well, her mom asked her if she enjoyed the fire, and obviously she did. Repeatedly, she leaned forward and tried to touch. Then, she rewarded her mom by looking straight into the camera. On Stories, fans can’t comment. More than likely, some critics would have commented about teaching kids not to touch hot things. 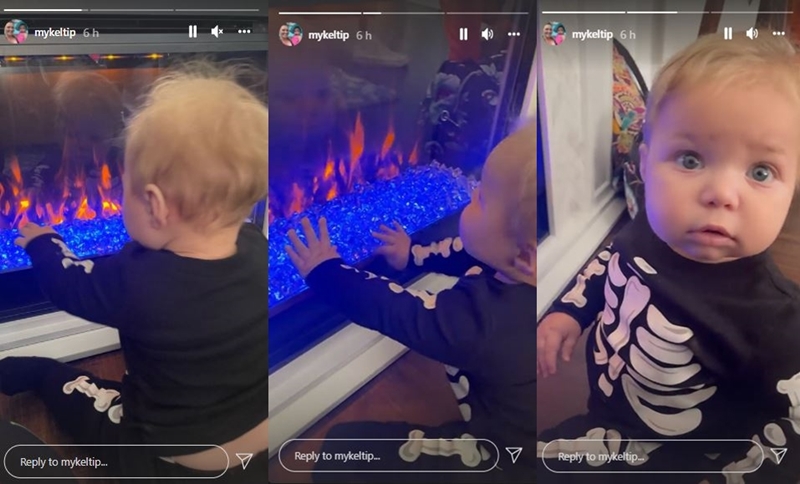 Sister Wives fans heard from Mykeli last month about how her daughter progresses. At the time, she said that Avalon Padron “is growing so much.” At the time, she was five months old and couldn’t crawl yet. Mind you, she was able to sit up by herself. From the more recent clip, it became obvious that the little girl is much more mobile now. Fans noticed that she looks quite blonde now, which runs in Christine and Kody’s family. Maybe fans will see Avalon on the show in the future. For now, they can only hope for that.

Sister Wives Spoilers – Will The TLC Show Continue After Season 16?

Many Sister Wives critics think that the show might end soon. After all, hints, teasers, and spoilers seem to indicate a very fractured family. Even Janelle seems fed up with Kody. If Christine leaves and Meri wanders away (eventually), will Kody move on and just live with Robyn? If that happens, it’s hardly likely that the family will bring much for entertainment. If that happens, the chances of seeing baby Avalon Padron on-screen seem very very slim.

GH Spoilers: Shawn Turns To Spencer To Take Down Nikolas