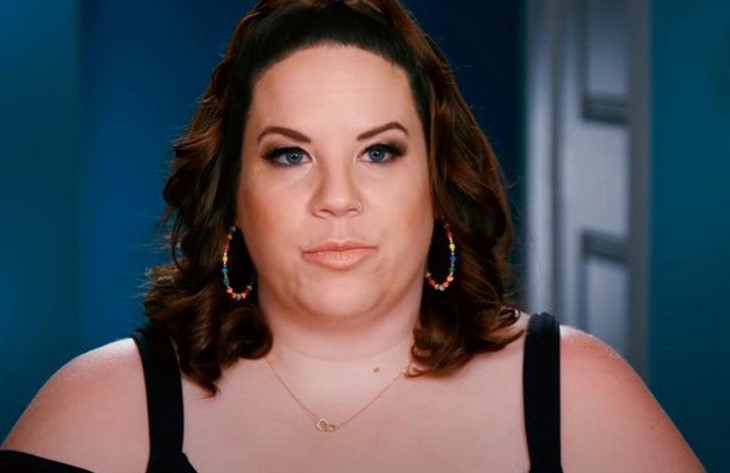 My Big Fat Fabulous Life star, Whitney Way Thore, has devoted past seasons of her show to looking for love in all the wrong places… and people. And now, once again, this season of My Big Fat Fabulous Life spoilers point to Whitney seeking romance. This time, the 37-year-old reality TV star believes her true love is her online French tutor, known as the anonymous “Frenchman” on the show.

But while Thore thinks that she finally found the man of her dreams overseas, some viewers and her own brother do not agree. And spoilers for My Big Fat Fabulous Life point to a romance reality check coming up! Find out more below.

Spoilers for the Tuesday episode of My Big Fat Fabulous Life via People reveal Whitney Way Thore’s delight in her plane ticket for Paris. But does Thore seem overconfident in booking this flight as a one-way, no return journey?! Whitney decides to go for a reality check by telling her “Frenchman” about her visit.

In fairness to Thore, her flirty chats with her online French tutor do seem to represent more than the average online tutorial! As a result, Whitney’s excitement about heading off to Paris to explore their relationship is understandable. But her Frenchman doesn’t seem to share the excitement in the sneak peek.

“I’m really excited to let the Frenchman know that it’s official,” shares Thore in the upcoming episode. But then the reality TV star admitted her anxiety. “I’m halfway expecting him to be like, ‘Oh no wait I wasn’t serious!’ “ she confessed.

And when Whitney does finally tell her online tutor about her upcoming visit, he seems shocked rather than delighted. “Wait, like for real? Like, for Paris and stuff?” questions the startled Frenchman. In response to her confirmation, he finally says, “Uh, that’s cool. Uh, okay.” Uh… not exactly the “can’t wait to see you” answer she wanted!

My Big Fat Fabulous Life Spoilers – ‘I Hope You Were Serious’

As for whether Whitney’s conversation with her “Frenchman” eventually will end on a positive note, spoilers hint at disappointment for Thore. As the chat about her visit continues, her online French tutor seems to doubt the reality of her visit! “So it’s not like a potential thing, you know, you’re really doing it,” he questions.

But the My Big Fat Fabulous Life star decides to focus on convincing her “Frenchman” that she really will visit him. “It’s happening, like this weekend, I’m going to be there,” repeats Whitney. And to fill up an uncomfortable silence, she hurriedly adds, “I hope you were serious when you told me to come.” Uh oh.

Can Thore overcome her disappointment that her French friend doesn’t feel as excited as she does about her visit?! My Big Fat Fabulous Life will give Whitney the chance to finally find out if those chats will become a true romantic relationship. And she does find some hope in one of his comments about her trip.

“I’m real, real happy to hear this … I wasn’t expecting you to do it,” the Frenchman finally says. “But, yeah, it’s actually happening, so I’m going to get to show you around, it’s going to be cool.”

My Big Fat Fabulous Life Spoilers – Who Feels Most ‘Enthusiastic’?!

Whitney eventually confesses to the cameras that she does recognize the reality. “He’s obviously not on my level of excitement,” admits Thore. “I don’t want to overreact and say I’m concerned, but, it could’ve been nice if he was a little more enthusiastic.”

And the My Big Fat Fabulous Life star refuses to give up hope. Although she does feel anxious that viewers might mock her, she shared her ultimate dream. “If it [the romance proves] normal, it would be wonderful to share that,” summed up Whitney.

What do you think about that dialogue between Whitney Way Thore and her “Frenchman”? Will My Big Fat Fabulous Life reveal Whitney has found true romance?

Share your views with us, and then check back on our site for all the news about the show, which airs Tuesdays at 9 p.m. ET on TLC.