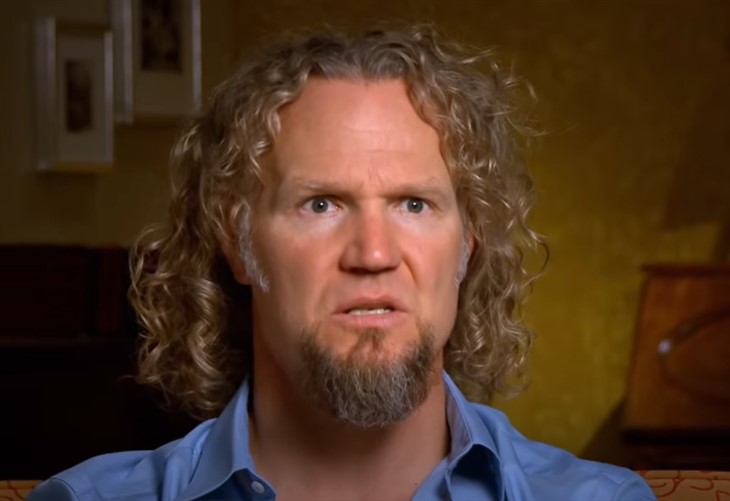 Sister Wives Season 16 spoilers point to a Grinch in the family. And hmm, do we spy that Grinch emerging from patriarch Kody Brown?! But we’ve also got a sneak peek that hints at least one other member of the polygamous clan doesn’t plan on enjoying a holly jolly Christmas.

Get ready to start humming “You’re a mean one, Mr. Grinch” as we look at everything to know about how Sister Wives will celebrate (or sob over!) the holidays this year. We also investigate how a clash could ruin the Christmas bash as one wife calls his holiday spirit more like “doomsday” than a celebration!

Most families contain at least one relative who gets grumpy at the mere notion of the holidays. Add in the pandemic, a rebellious wife (or two), and Kody Brown definitely seems more like a Grinch than Santa Claus in Us Weekly‘s Sister Wives holiday sneak peek! Filmed during the COVID-19 lockdown, the episode shows Kody meeting with his four wives. (At the time, Christine Brown had not yet announced her split from Kody).

Robyn Brown, Meri Brown, Janelle Brown, and Christine gather together with their shared husband to listen to Kody announce his views on Christmas. But while the Sister Wives patriarch begins on a positive note, he quickly sinks down into Grinch lows. “I can’t tell you guys what to do,” begins the 52-year-old husband to his four wives. Well, that’s upbeat, right? Kody seems to promise he will NOT order his wives around for the holidays.

But then comes the “my way or the highway” attitude. “I can decide what I’m gonna do,” continues Brown. As for his four wives and kids? Kody doesn’t really seem to give a flying sprig of mistletoe what they do! “And if the family wants to get together, they can figure it out too,” dismisses the Sister Wives patriarch.

Janelle, 52, decides to speak up. She points out that the adult kids she shares with Kody will come home for the adults. As a result, Janelle dares to defy her husband by declaring she thinks they should celebrate the holidays.  But then Kody promptly takes back his promise NOT to tell his wives what to do for Christmas!

“I don’t know how long the virus is gonna last, but I’m not gonna have a big Christmas gathering,” announces Mr. Grinch, er, um, Kody. And Janelle doesn’t take that “careful stance” well. She points out that unless they restrict their holidays exactly as Kody wants, forget Christmas!

“So, basically, unless we all observe his uber, uber, uber careful stance, forget holidays,” sums up Janelle in a confession to the cameras. And she appears baffled as to how to proceed. “I don’t know. I guess there’s really just nothing to say but wow. … There’s no optimism. It’s like doomsday.”

Sister Wives Spoilers: Can Wife No. 4 Save The Holiday?

When Kody’s wives clash, he seems to pay the most attention to his fourth wife, Robyn. As a result, the cameras focus on Robyn to see what she says about the holiday horrors that lie ahead. But even Kody’s fourth wife doesn’t see a clear path to enjoying Christmas this year.

Instead, Robyn admits that she feels unable to appeal to Kody’s kinder side. The 43-year-old describes all the family’s relationships as “struggling.” And even Robyn can’t figure out how to handle the pandemic without problems.

“The relationships are struggling,” Robyn tells the cameras in her confessional. “My relationship with Kody is struggling because he’s not seeing his family as much. I feel very helpless here.”

We’ll find out more about those struggles when Season 16 of Sister Wives premieres on TLC Sunday, November 21, at 10 p.m. ET. What do you predict will happen when Kody, Robyn, Meri, Christine, and Janelle try to sort out the holiday spirit this year? Tell us your views. And then check back on our site for all the Sister Wives news!