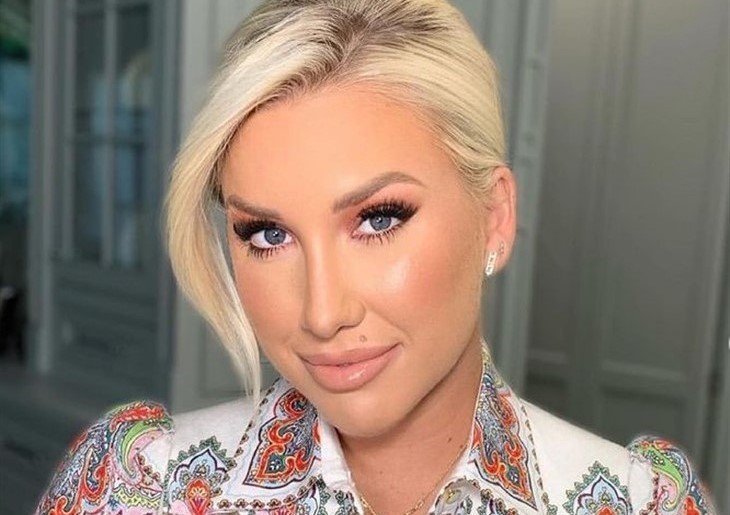 Savannah Chrisley found some fans sneering at her when she announced her Sassy by Savannah line of lip kits and other cosmetics. Some people thought that she tried too hard to be just like the Kardashian family. However, her first launch sold out in days and she went back to pre-orders on a second round. Now, fans grow excited as the Chrisley Knows Best star promotes her new range of fragrances.

Savannah Chrisley Does Very Well With Sassy By Savannah

Soon, fans see more of Chase, Grayson, Chloe, and their sister in Season 3 of Growing Up Chrisley. Plus, it comes along back-to-back with Season 9 of Chrisley Knows Best this summer. Some fans wonder if potentially, Nic Kerdiles might appear in the show. However, it looks like she really just focuses on her business right now. In fact, her whole attitude right now seems full of attitude and taking on the boys in business.

Actually, Savannah Chrisley taking on style and beauty didn’t happen just yesterday. Back in 2017, she launched her Faith Over Fear clothing line. Very trendy, fans liked it. Humbly, she admitted that her dad really helped her achieve that dream. A lot of minor celebs from TV shows try cosmetics and clothing lines and some of them like Jenelle Evans fail. Mind you, it didn’t hurt that Todd motivated her and brought her to stardom through his reality TV shows. Critics can’t really accuse her of not working hard though. She promotes her outfits and cosmetics and looks simply stunning, fans agree.

Following her announcement about her 4th of July Sassy products sale, she went online again and shared about her new fragrances. In her stories, she previously told fans that she had something on the go. It looks like they filmed some promotions for both her cosmetics and her new fragrances. In her latest video that came over the weekend, she revealed a film studio and a screen playing an advert for her new products. She looked very professional as she modeled and then sprayed herself with her fragrance.

In her caption, Savannah Chrisley wrote, “Dreaming Out Loud ✔️ Fearless Love ✔️ Sweetest Revenge ✔️…Who’s ready for the launch of @sassybysavannah fragrances?! I KNOW I AM .😍.” Clearly, a lot of people love the idea of fragrances from the USA Network star. However, some people asked her if she could rather focus on getting her existing products restocked. It looks like her cosmetics sell like hotcakes. One fan wrote, “if we could get a restock on Nashville Nights and Fun and Flirty I would be forever grateful! I’m trying to complete my order.” 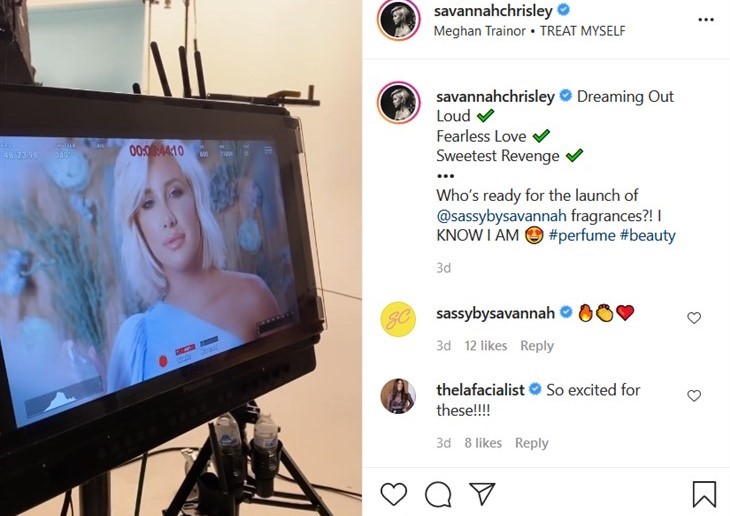 Plenty of fans of Savannah Chrisley loved the idea of fragrances. One of them wrote, “Ooohhh I want to try!!” Then, another fan noted, “I can’t wait, over the moon so excited! 🦄🦄🦄🦄🦄🦄🦄🦄🦄.” Some people asked when the fragrances might launch but she never replied. Possibly, she drops them when the next seasons of Growing Up and Knows Best premiere later this summer.

Remember to check back with us often for more news about Savannah Chrisley from Chrisley Knows Best on the USA Network.

B&B Wednesday July 7 Spoilers: Hope Gets The Shock Of Her Life