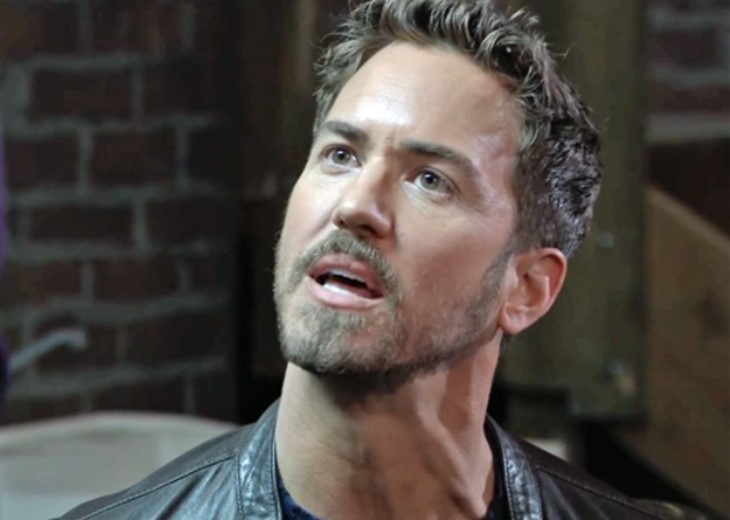 General Hospital (GH) spoilers for Monday, May 24, 2021, reveal Cyrus Renault realizing his deal with Peter August may have been a huge mistake.

Maybe Cyrus (Jeff Kober) should never have gone into business with Peter (Wes Ramsey) considering they have both been relying on Gladys (Bonnie Burroughs). Cyrus summons Peter and tells him they have something to discuss while Carly (Laura Wright) summons Gladys for the same thing.

Carly makes it clear to Gladys that not only does she have to exonerate Jason (Steve Burton), she also has to implicate Cyrus for obstruction of justice, killing two birds with one stone, so to speak. Or maybe even three because then Maxie (Kirsten Storms) can stop worrying about Peter. Although it seems like for four years nobody has ever been able to stop worrying about Peter and all the dastardly things he does.

GH Spoilers – All About Babies

But worry about Peter is exactly what Maxie does as she tells Spinelli (Bradford Anderson) she has everything under control. Spinelli still has no clue what she is up to with her baby but he thinks he does, which can cause Maxie some problems. If Spinelli gets involved with her plans without really knowing what they are, big trouble can be on the way…

Meanwhile, Maxie really needs Britt (Kelly Thiebaud), and thanks to Peter, Britt is on the run with Jason. She wants to get back to Maxie but needs to hear what the results of her tests are for Huntington’s Disease.

As for Sasha (Sofia Mattsson) and Brando (Johnny Wactor), they really want to take this pregnancy seriously but Carly has convinced Sasha she can’t reveal that Brando is the father. Brando almost doesn’t care as he tells Sasha he feels like he’s been given a new chance in life.

General Hospital (GH) Spoilers: Will Sasha Try To Get Michael Or Valentin To Pose As Her Baby Daddy? https://t.co/9NAXJ2bwVV pic.twitter.com/aCjKGzPzRU

Over in Nixon Falls, Sonny (Maurice Benard) and Nina (Cynthia Watros) continue growing closer, which is what they do every day. Nina also wants to gather more evidence of Elijah’s wrongdoings, but Sonny thinks they have enough.

This certainly doesn’t sound like the Sonny we know, but we haven’t seen the Sonny we know since before Christmas and Memorial Day is coming up. Stay tuned to General Hospital weekdays to see if Sonny ever makes it back to Port Charles.