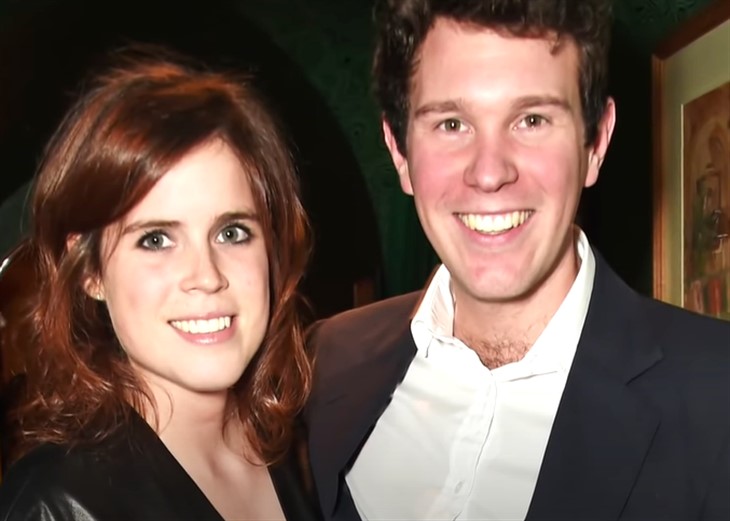 British royal family news divulges that Princess Eugenie and her husband Jack Brooksbank are loving their time as first time parents and in so doing they are said to be taking a, “very modern approach to parenting,” according to a royal expert.

Katie Nicholl has covered the royal family for years and she said the couple are, “thrilled to be parents,” and, “absolutely overcome with love and emotion for their little son.”

Prince Andrew and Sarah Ferguson’s daughter welcomed her first child, who is 11th in line to the throne, on February 9 at London’s Portland Hospital. The couple took their little bundle of joy home three days later on February 12.

Nicholl revealed that the couple, “tend to be very modern when it comes to parenting.” She told ET, “They don’t want that burden of a royal title [on] their son. I think this little royal is going to grow up an ordinary little boy indeed.”

Katie explained that the couple picked the name August because they, “really like” it. Over the weekend the couple revealed the name of their son and shared their first family picture.

The pic appeared to have been taken on the grounds of Frogmore Cottage, where the couple are currently living.

Eugenie posted several photographs on Instagram, with the caption: “Thank you for so many wonderful messages. Our hearts are full of love for this little human, words can’t express. We are excited to be able to share these photos with you.”

Sarah Ferguson reposted the photographs on her Instagram page and revealed she and Prince Andrew are ‘thrilled’ over August’s arrival.

Royal Family News – A New Royal Baby To Fuss Over

Eugenie shared that her baby’s name is a tribute to Queen Victoria’s Husband Prince Albert, whose birth name was Franz Albert August Karl Emanuel, and Prince Philip, who is currently in the hospital. She wrote, “On his grandfather’s birthday weekend, thinking of my grandfather, we are introducing our little boy. He is named after his great grandfather and both of his 5x great grandfathers.”

The new father broke royal tradition by holding baby August in the photos. The photos showed Jack holding his son, wrapped in a baby blue blanket with a matching cap, as little August clutched his mother’s finger.

Eugenie and Jack are residing at Frogmore Cottage where the couple spent time before Christmas.