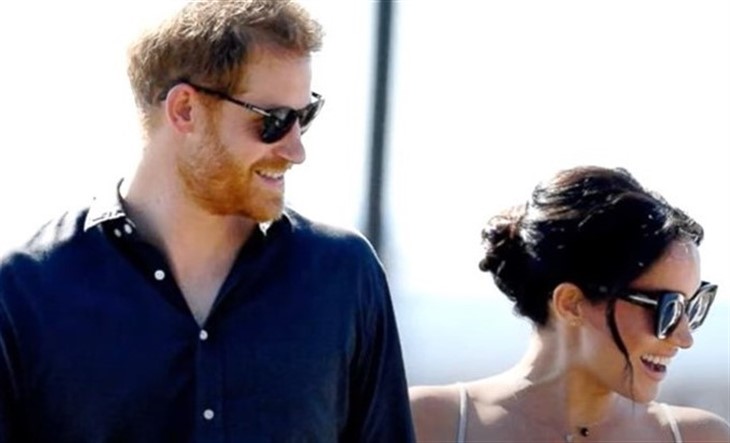 British royal family news reveals that today Netflix announced the first series to be produced by Prince Harry, Duke Of Sussex and Meghan Markle. Their debut effort will be a documentary series about the Invictus Games titled Heart of Invictus.

The show follows competitors as they train for the Games at The Hague which have been delayed until 2022 due to the pandemic.

The Invictus Games is a sporting event created in 2014 by Prince Harry for injured military personnel. Wounded, injured or ill troops compete in nine sports including wheelchair basketball, sitting volleyball, and indoor rowing.

Royal Family News – Finally The Markle’s Have A Netflix Project

Harry will appear on camera and is credited as an executive producer. At the time they signed their extravagant deal, considering they have zero production experience between them, Netflix said the couple would be producing, “content that informs but also gives hope.” This was believed to include documentaries and scripted series, features and children’s programming.

The couple also have a mega deal with Spotify and they have failed to produce anything to date for them as well.
But they did have time to sit down with Oprah Winfrey last month and spill an incredible amount of dirty laundry about both of their families.

Harry said today of the planned show, “Since the very first Invictus Games back in 2014, we knew that each competitor would contribute in their own exceptional way to a mosaic of resilience, determination, and resolve.”

“This series will give communities around the world a window into the moving and uplifting stories of these competitors on their path to the Netherlands next year.”

“As Archewell Productions’ first series with Netflix, in partnership with the Invictus Games Foundation, I couldn’t be more excited for the journey ahead or prouder of the Invictus community for continuously inspiring global healing, human potential and continued service.”

In the Oprah interview Harry explained their outlandishly extravagant Netflix and Spotify deals by saying, “My family literally cut me off financially, and I had to afford security for us.” That claim, like many other tales the pair told, has been thoroughly discredited.

Prince Harry continued to receive an allowance from his dad Prince Charles well into his 30’s seemingly with no sense of shame or reality about how things in the real world work. Hopefully his documentaries will be more truthful.