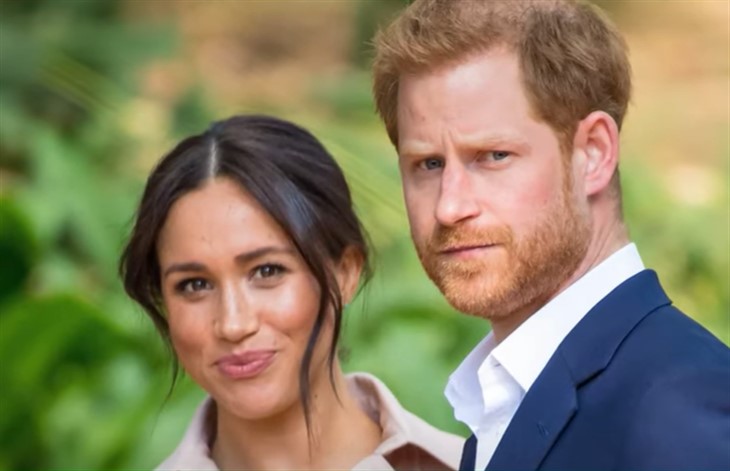 British royal family news shows that Meghan Markle and Prince Harry are expected to make £486,000 per minute per their Spotify contract. This is figured to be the amount based on doing less than 60 minutes of work in all of 2020. Surely Spotify must be wondering how to get out of a contract in which the worker bees are too busy buzzing around PR hot spots instead of actually working?

Harry and Meghan who like to be called the Duke and Duchess of Sussex signed an obscenely over the top dollar deal worth a reported £18million last year. They were expected to actually do something for all of that money, but lo and behold a year later they showed up for work for 37 minutes, according to an estimate by The Sun.

Poor, poor Spotify. It looks like they were sucked into the Markle’s vortex, where little work is done and a lot of primping and prancing is conducted instead. Spotify said that they would do a, “first complete series,” in 2021. With just days to go it looks highly unlikely that they will get what they want. Last year the Markle’s managed to squeeze out, “a three minute trailer and 34 minute Christmas special,” which was mostly a lot of giggling and spoken words by celebs.

Meghan and Harry could be actually be paid £486,486.486 for every minute they’ve produced so far.

Royal watcher Richard Fitzwilliams told The Sun Online, “It is interesting regarding Spotify because if you look at several of the Sussexes activities you find they’ve not actually done a great deal. I think given the way the Sussexes think, they do things their own way and that would have been very clear to Spotify, Netflix and any future sources that want deals with them.”

“They therefore won’t feel pressurized. How the next year is going to develop is going to be fascinating.”

Does this mean their employer is happy with their lazy way of doing business? Hardly. According to the outlet, “Company chiefs were last month said to have given Archewell Audio a “gentle nudge” to finish the content and protect the future of the multimillion-pound partnership.”

One source said, “Spotify were delighted when they signed the couple, but the lack of content has mystified them. Particularly as they seem to have no problem producing content for other platforms.”

Those other platforms have been Dax Shephard’s Armchair Expert podcast, the Ellen Show and a cringe interview with Oprah Winfrey.

“It is understood the couple were not paid their full £18million fee from Spotify up front. That would mean the entire value of their deal will only be honored if obligations are met — including regular content.”