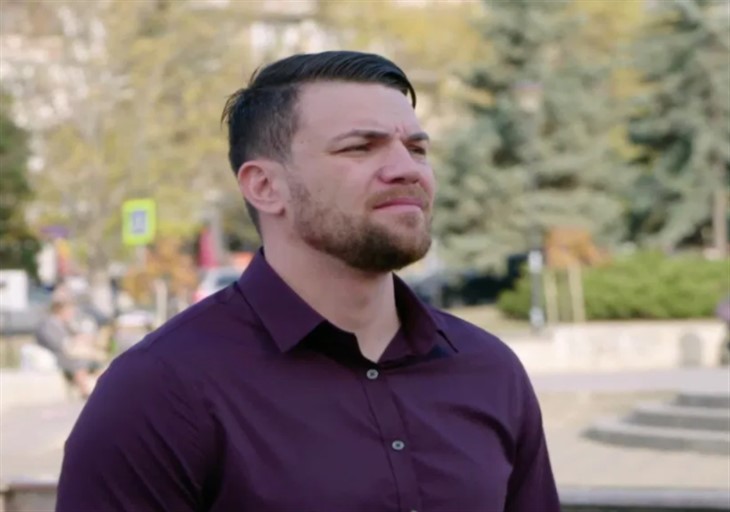 “90 Day Fiancé” participant Andrei Castravet has become the target of viewers’ criticisms after the star with his wife Elizabeth returned for season 6 “Happily Ever After?”

“90 Day Fiancé” Instagram account updated a picture of him with a caption that reads: “Who wants to buy a house from Andrei?” Fans lashed out at him commenting their various reasons they wouldn’t hire him as a realtor and worst “wouldn’t want to be in the same room with him.”

The franchise couple Elizabeth and Andrei Castravet has been one of the “annoying” couples in the show as categorized by the fans. The never-ending drama between Libby’s clan in disapproval of her husband Andrei has fans almost empathize with the guy. However, the latest episode had fans seen enough for both parties.

“Happily Ever After?” episode on Sunday started neatly showing the stay-at-home dad receiving his real estate license. But the atmosphere boiled down when Andrei announced to his wife that he will dare to request a hefty $100,000 loan to his father-in-law, Chuck Potthast, to compete against the family’s house flipping business.

Andrei still had the audacity to borrow money from him after being warned by Libby’s brother Charlie not to mooch off their dad. Charlie in the last season caused a ruckus on his sister’s wedding day when he called out Andrei and said, “Don’t come to America and try to… live off my dad.” It was known that it was Lib’s father, Chuck, who paid for their lavish second wedding in Andrei’s country Moldova.

“I really can’t believe he has the audacity to call a meeting and ask me to loan him $100,000. It’s unbelievable, really. I don’t even know what to say,” Chuck told the show’s cameras. In the same episode, Libby’s sister Becky also expressed her disappointment to Andrei. “You don’t see my dad. You see, like, a big dollar sign. If you need his help, you need his help, but you’ve gotta respect him,” Becky confronted.

This made Andrei’s detractors call him “lazy” and “entitled” because of mooching his father-in-law to make money the “easier way“ instead of starting from scratch. “You need an education. Real estate takes time,” a fan pointed out. But others were blunt and said Andrei should just find another “real job.”

Although Chuck turned down Andrei’s loan request, the family gathered for a meeting, in Andrei’s absence, to talk about Chuck’s offer of inviting him to the family’s business to help out Lib and his granddaughter. But this sourly heated Charlie.

In the confessional video, Libby justified her action.

“I’m just feeling, like, really defeated because my husband is trying, and I know that he’s trying and everyone is saying, like, he needs to do this, he needs to do that, but he’s just trying to do what is best for his family and to try to make money. What’s so f**king wrong with that?”